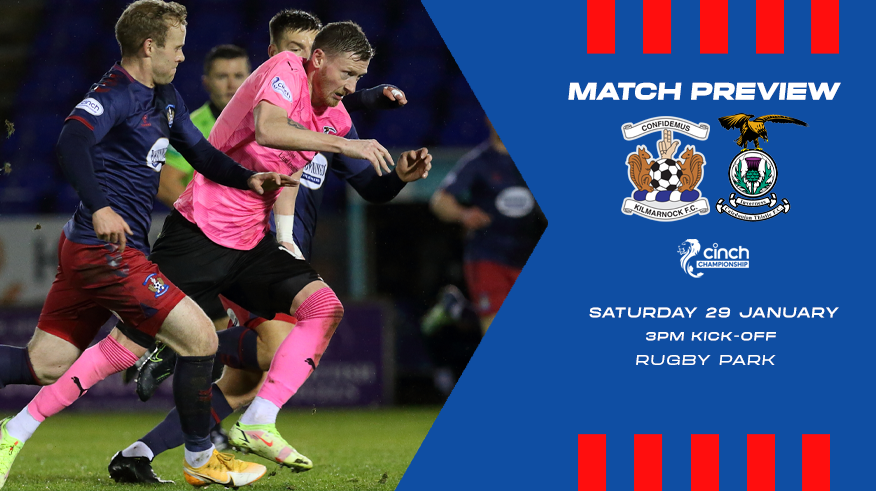 Billy Dodds said: “Danny [Devine] is away for a scan. We’re hoping that is it good news, right now all week it has been refreshing what we’ve heard. It might not be as bad as first feared and if it isn’t we’ll be buzzing for Danny and for the team.”

“We thought Scott Allardice may have need an operation but we don’t think that’s the case now. So it’s more positives but he’ll still be longer term.”

“Billy Mckay is touch and go for tomorrow. I don’t think he’ll be too long term but we’ll give him a fitness test to see where we are. He could be in the squad but we’ll see.”

“The game may come too soon for Aaron Doran and Roddy MacGregor. I don’t think they’ll be longer term but may be a week or so away for them.”

Austin Samuels joined the club on an 18 month deal.

Away support will be situated within the Chadwick Stand

For enquiries please contact our ticket office: email tickets@kilmarnockfc.co.uk or call 01563 545311 and the ticketing team will assist you.

Face coverings are encouraging to be worn in the stands and they are mandatory in enclosed areas including the toilets.

The Match will be streamed live on PPV for £12.99 via KilmarnockTV