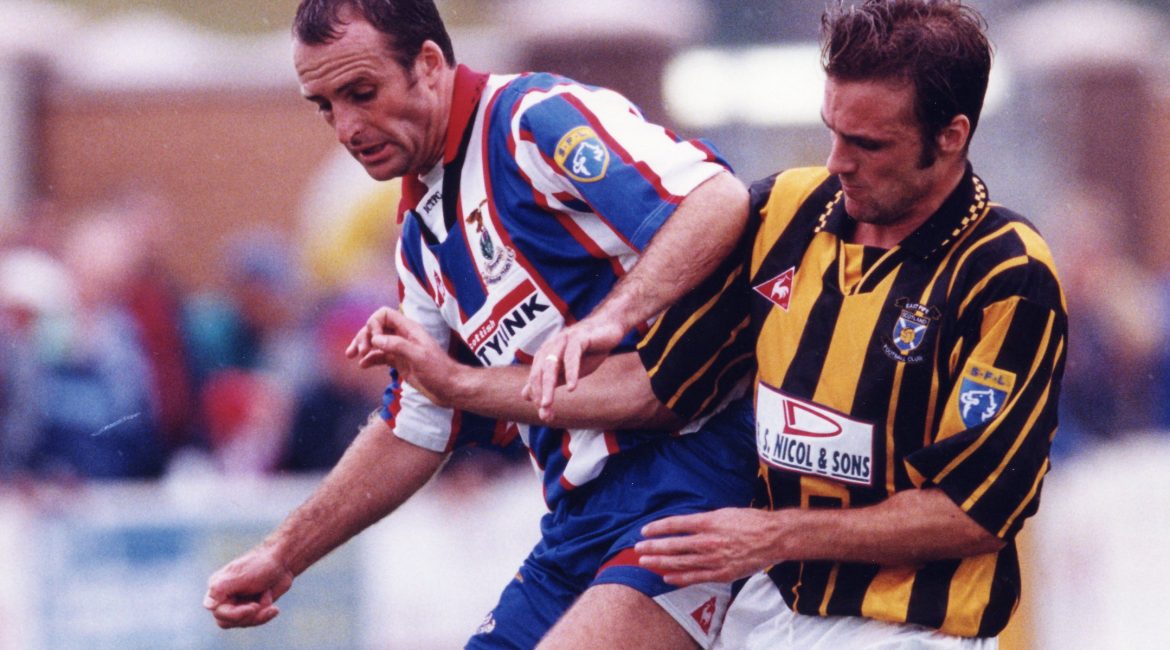 Former Caley Thistle player Paul Cherry is raffling his 1996/97 Third Division Winners medal in aid of the charity Dnipro Kids, to help with the ongoing crisis in Ukraine.

Entries to the Raffle cost £10 and are available HERE & the Raffle ends on Saturday, 30th April 2022

Cherry made over 100 appearances for the Caley Jags, scoring 19 goals in his time during the club between 1996 and 1999.

The former ICTFC Midfielder spoke to ictfc.com about his decision to raffle his 1996/97 league Winners medal.

Cherry said: “The medal has been in my drawer in my house and I thought the money we can hopefully raise can go to better use for these young kids.”

“The charity was set up by my friend Steven Carr, I saw him on national television when he was bringing the Ukrainian orphans over to the UK. There was about 50 of them and I thought that was just superb and I thought if I could help in any way then I would.

“Obviously, for a football supporter, to have a chance to have a tiny bit of the club’s history with a medal then everyone benefits. I have the memories in my head, I’ve got scrap books so I don’t need medals.”

Paul also reflected on his time at Inverness being a positive one in his career and the vision of the club attracted him at the time.

He said: “When I came up to Inverness, I’d left St Johnstone where I’d had a successful career, we had Dougie McGilvray as Chairman at the time, Steve Paterson as manager and the vision they had was something I wanted to be apart of.”

“Moving to a new Stadium, Inverness wanted to get onto the football map which they’ve obviously done really well since then. The club had really nice people, a great team spirit which is the most important thing, all successful teams have very good team spirits and that’s what Steve Paterson and Alex Caldwell tried to grow.”

“It was just a really good, enjoyable and successful period up there. I only have good memories and look out for their results every week.”

Since retiring from football Paul has since moved to Spain.

He said: “We moved to Spain 17 years ago, we have an estate agency which is CherSun.com which keeps us really busy.”

“We have a really nice lifestyle over here. I don’t miss the Inverness weather!”

“I had great football memories up in Inverness. I still watchout for a few of my ex-teammates who work for the club Billy Dodds, John Robertson, Barry Wilson and Charlie Christie. I have great memories there and hopefully the club can be promoted back to the Premiership, where they deserve to be.”