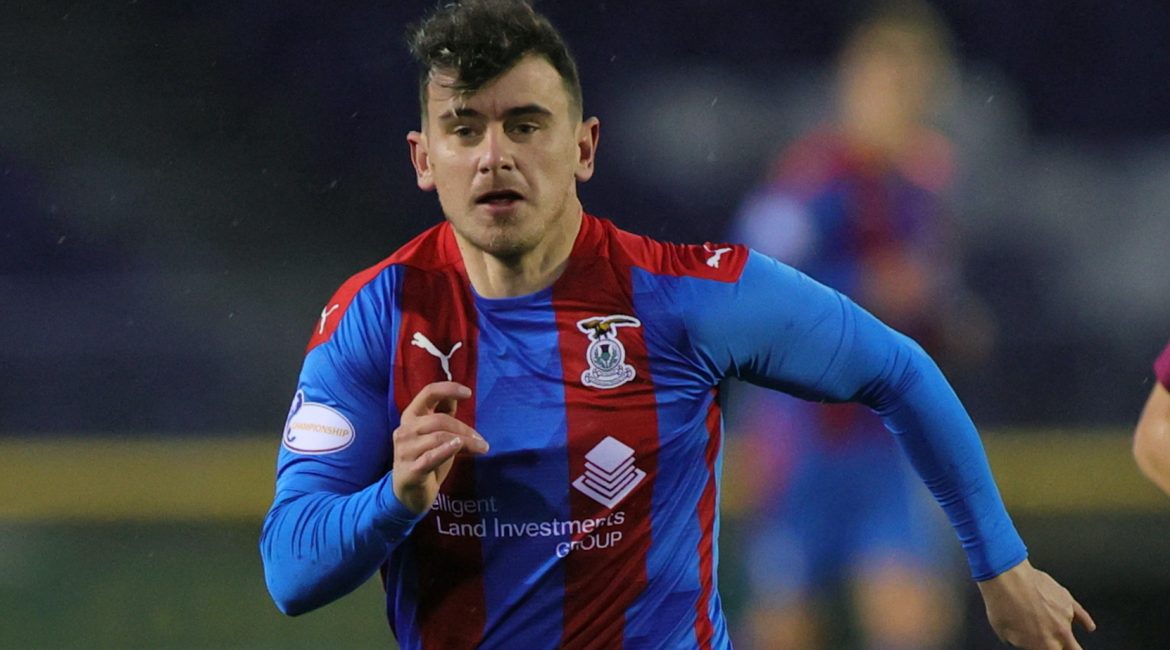 Goals from Steven Naismith and Liam Boyce were enough to get Hearts all three points against Caley Thistle. Aaron Doran got his first goal of the season late on as Caley Thistle pushed for an equaliser.

John Robertson named an unchanged side from the team which beat Arbroath 3-1 the week before. Caley Thistle were boosted with the return of Shane Sutherland and James Vincent to the bench.

Before the start of the game, a minutes silence was observed to mark remembrance weekend and to pay to respect to former Hearts Captain Marius Zaliukas.

Caley Thistle started well, putting Hearts under immediate pressure but ti was the home side who created the first chance of the match.

Liam Boyce should’ve opened the scoring after 12 minutes, the striker met Kingley’s cross at the back-post but glanced his header wide.

There wasn’t much between the sides in the first as Duffy and Mckay blocked goal bound efforts on route to goal. Rangers loanee Kai Kennedy also looked lively for the Caley Jags on his second start for the club.

Sean Welsh needed some treatment after being fouled from a Hearts corner but the midfielder was able to continue following treatment.

Michael Smith went close for Hearts as he bent an effort just wide of the mark.

Just before the break, Sean Welsh picked out Todorov in the middle with a free-kick which was floated into the box but a vital touch from a Hearts defender got it away before the Bulgarian could get his effort away.

At the start of the second-half, Hearts had the lead through Steven Naismith. The Scotland international sweep home a great cross from Kingsley to open the scoring for the home side.

After 51 minutes, Kai Kennedy saw his deflected effort go behind as the victors continued to press for an equaliser.

On the hour-mark, Kennedy then picked out Wallace Duffy in the box with a floated in free-kick but his shot was blocked on route to goal.

Hearts then got a second through Liam Boyce. Steven Naismith clipped the ball to Olly Lee down the right, his cross was back heeled past Ridgers to make it 2-0.

Aidy White then went close for Hearts, he saw his effort rattle the crossbar with around 15 minutes left on the clock.

Caley Thistle got one back with four minutes left on the clock, Aaron Doran met Wallace Duffy’s cross in the box with a glancing header past Gordon to make it 2-1.

Caley Thistle press for a late equaliser but Hearts were able to hold on to all three points.