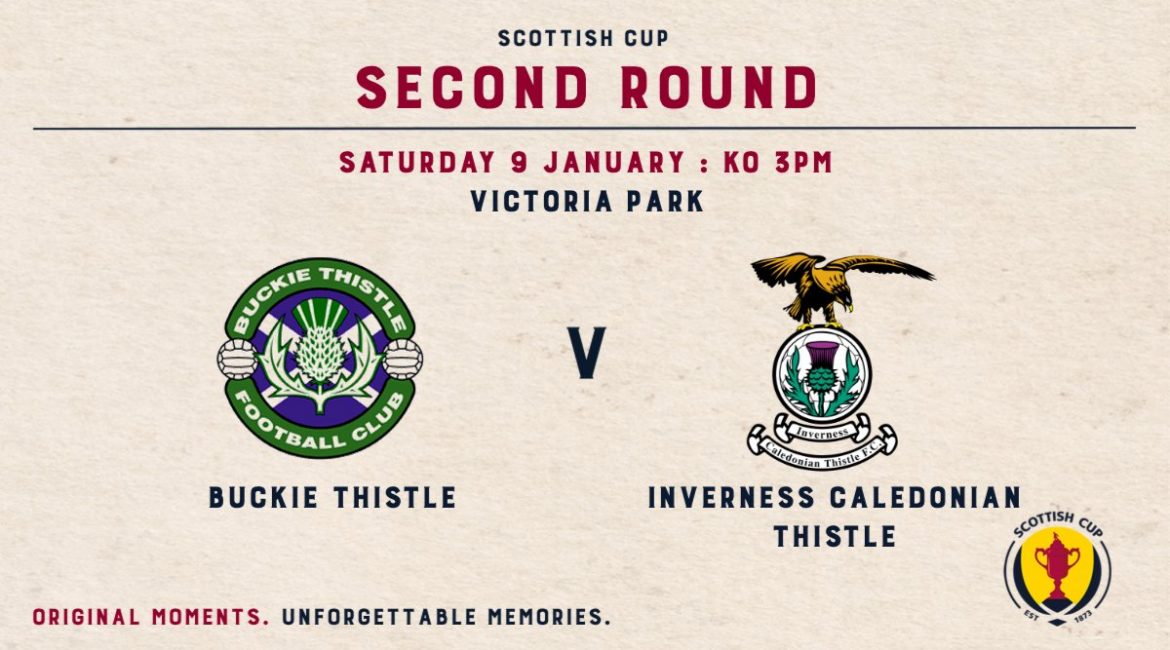 “We’ll take every round of the Scottish Cup as it comes, we’ve given Buckie the same respect as we’d give any other side.”

“We’ve watched their games online and watched the highlights of the match against Albion Rovers. We were going to have them watched last Saturday but unfortunately the match was called off.”

“We know a lot of Buckie’s players, we played them a lot in pre-season so we know a lot about them and what we know is we’ll have to play very well to go through and that’s the main thing.”

“This is a banana skin of a tie, if we get the A’s right, which are Attitude which first and foremost has to be spot on, we have to be aggressive in the proper manner to win the ball and get it forward and we have to show our ability.”

“If we get those three A’s right then we won’t be far away but we have to get them right.”

Brad Mckay and David Carson will miss the game through suspensions from last years competition.

Kevin McHattie and Lewis Toshney have began light training but both remain at least 4/5 weeks away.