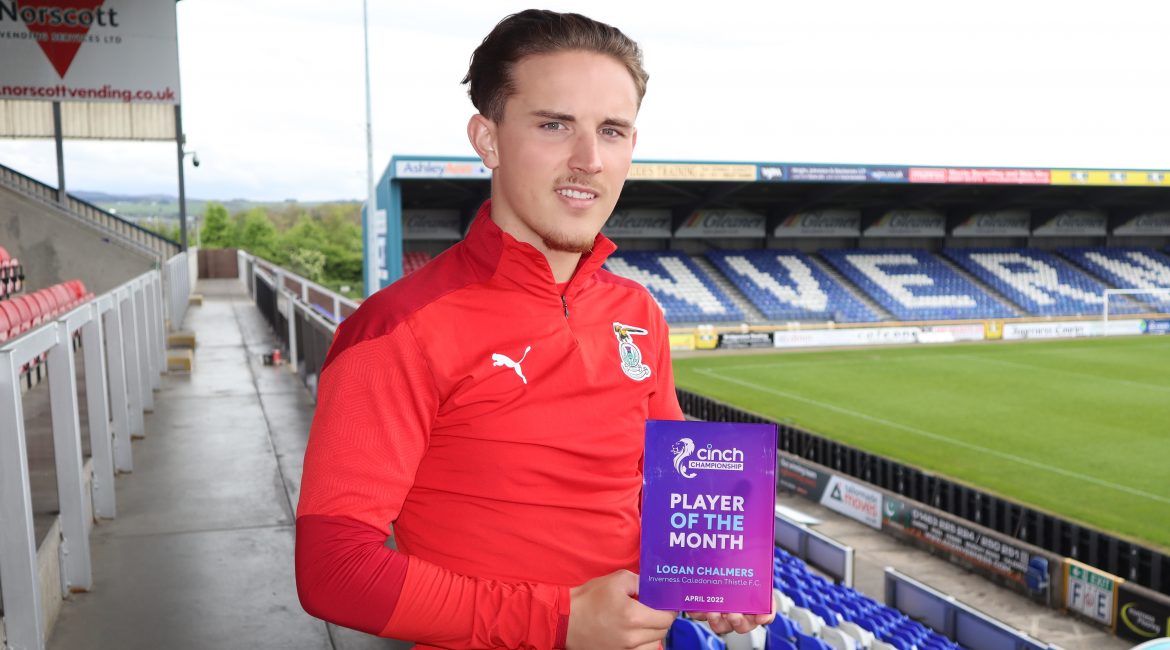 Congratulations to Logan Chalmers as he has been named the SPFL cinch Championship Player of the Month for April.

Logan hit goals against Ayr United, Kilmarnock and Queen of the South during April as Caley Thistle secured a third place finish and a place in the Premiership Play-Offs.

Upon winning the award, Chalmers said: “It’s a great award to pick up. I was in good form in the last month and hopefully I can keep that going into the big games coming up.”