ICTWFC play at the Caledonian Stadium this Sunday 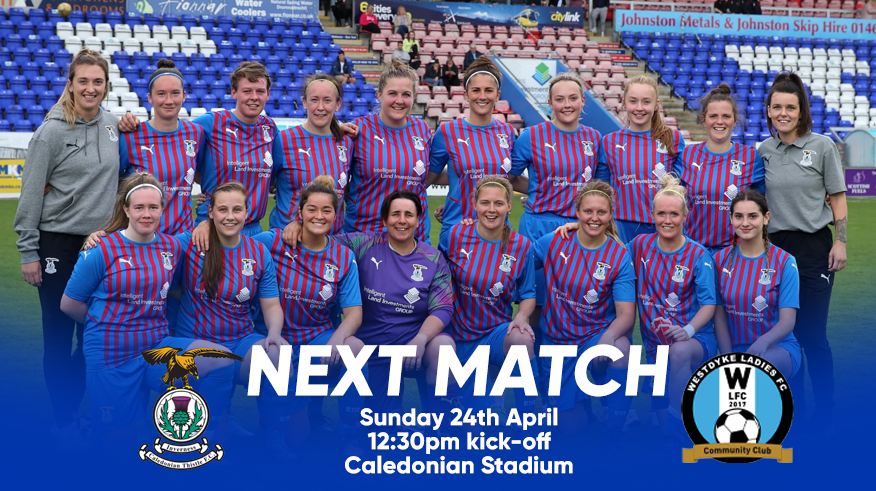 Inverness Caledonian Thistle Women play their final match of the season this Sunday at the Caledonian Stadium as they take on Westdyke with kick-off at 12:30pm.

Entry is free for all supporters via Gate Four and seating is available in the Main Stand for supporters.

ICTWFC are looking to finish their season strongly and it’s their second match at the Stadium, having beaten Grampian 12 (twelve) – 2 last September.

ICTWFC Manager Karen Mason said: “It’s our last one of the season so we are aiming to go out with a bang and put in a good performance for those coming down to watch.”

“We are all really looking forward to another game at the stadium. It gives everyone a real lift getting to play at a top venue and on a good grass surface. It’s also great for our supporters and younger squads to be able to see the girls play on the same pitch as the men’s first team.”

“I would definitely encourage those who have not watched a women’s game to come to have a look and get behind the team. We have been flying the flag for several years now as the only women’s team in the Performance Pathway of the game North of Perth, so it would be great to have more local support backing us.”