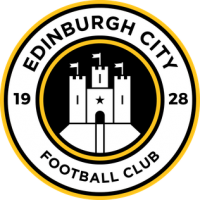 ICTFC overcame an initial tricky first 20 minutes to cruise to a 6-1 win against Edinburgh City in their third round replay on Tuesday. A goal apiece from Tom Walsh and Jordan White was enough to go into half-time leading against the League 2 leaders, but the Caley Jags added shine to the result with two more goals from Jordan White, completing a hat trick, and an extra goal from Walsh and stand-in captain Aaron Doran at the death.

Edinburgh City arrived during a cold night at the Caledonian Stadium having fought to secure a draw in the first game between the teams. And ICT showed respect in playing a strong team to face them, with Jordan White and Charlie Trafford the only changes from Saturday’s game against Falkirk.

It took only five minutes to get a goal on the scoresheet for the home team. Aaron Doran collected the ball in the middle and played a looping through ball to Walsh on the right hand side of the box, who after seemingly being beaten to the ball by Liam Henderson, managed to shield the loose ball, create space and strike a half volley into the bottom corner. The shot squirmed under goalkeeper, Calum Antell but it was tidy – showing great perseverance to receive the ball and continue his form from his goal against Falkirk.

But Edinburgh City again showed that they weren’t going to allow it to be a straightforward tie, responding almost immediately against the hosts.

At the seventh minute, Graham Taylor managed to evade a tackle from Shaun Rooney to duly setup Blair Henderson in the middle with a cross from the left hand side. The 24 year old calmly slotted the shot past Ridgers to bring parity to the teams.

Walsh again threatened to add to his tally to bring the Caley Jags ahead again. Joe Chalmers made a lofted pass to Liam Polworth but the ball landed at Walsh’s feet on the right hand side. Again the winger struck with his left foot, but this time it was on the wrong side of the net, hitting the side netting.

Charlie Trafford drove a couple of yards forward to then set up the elusive Tom Walsh on the right, who after taking a touch centered to Polworth in the middle. The number seven spun his marker and smashed a low shot at Antell but it was smartly saved with his legs from an awkward position.

Since the equaliser, the Caley Jags were determined to get ahead of the tie and finally, the attempts bore fruit. Liam Polworth took a free-kick from the left hand side and his cross was irresistible for Jordan White. The striker directed his header on target and gave the keeper no chance – a fine reward for his start.

Before Edinburgh City could recover from this setback, ICT almost went two goals ahead. Again, Tom Walsh received the ball on the right hand side, and tried a speculative chipped shot with his left foot after cutting inside. Just as it seemed to easily clear the goal it dipped at the last minute and landed on the roof of the net.

The final big chances of the first half fell to Jordan White, as he attempted to add to his tally. Liam Polworth played White through who from a tight right angle smashed a shot hard on goal but only into the GK’s hands. A minute later, Jordan did well to meet a wicked cross from Walsh, with it being seen late, but he could only glance it just wide of the near post.

The goal that extended ICT’s lead came initially from unexpected play, barely into the second half. Coll Donaldson received the ball in his own half and galloped into the space in front of him. The centre-back cut inside and gave the ball to Polwarth who looked up and passed to Walsh on the left side of the box. Again the winger struck his show low to the opposite corner and again he wheeled around to celebrate with his team mates. It was 3-1 to the home side and that seemed to settle the rhythm of the game.

Barely five minutes later, Jordan White converted a rapid fire double to secure his hat-trick. For the first on the 60th minute, Joe Chalmers unleashed Rooney down the flanks who dispatched a low cross and White half volleyed right down keeper’s throat. But the ball squirmed between Antell’s legs and in. White’s third was even more straightforward. Another great delivery from the corner was whipped in and White glanced his header at the near post to win him the matchball.

On came Roddy MacGregor and Cameron Harper as John Robertson tried to give some of the younger players on the bench some experience, with the former eagerly making an impression on the game.

Shaun Rooney again evaded a tackle to skim a right footed cross and MacGregor dived for it. The ball rippled the side netting and the 16 year old was flagged for offside.

But he wouldn’t be put off as he added the final touches to a counterattack in the dying minutes. Roddy MacGregor received the ball on the right hand side near the halfway way line and drove down the pitch with the ball at his feet. With ease, he slipped past two players and using the outside of the foot, found Doran in space on the left of the box who, like Walsh, dispatched a sixth into the opposite corner of the goal.