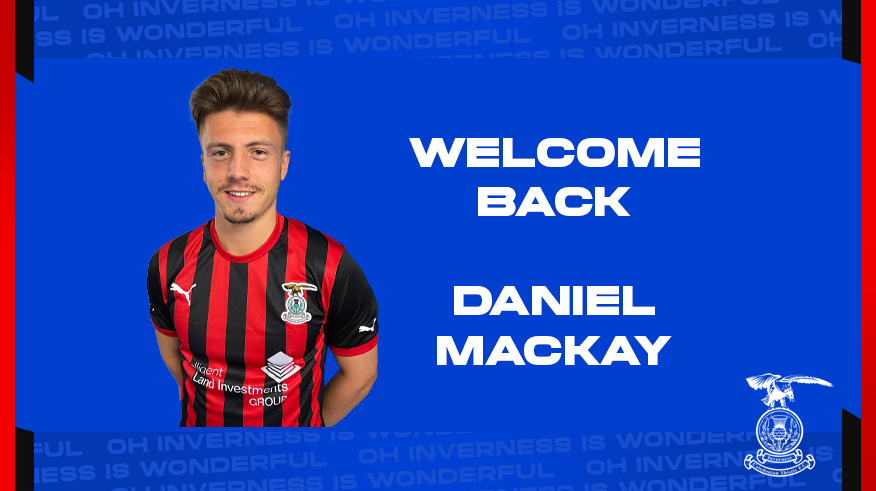 Inverness Caledonian Thistle can confirm the signing of Daniel MacKay on a season long loan from Hibernian.

MacKay, 21-years-old, is an ICTFC youth academy graduate and is the club’s youngest ever scorer at 16 years 171 days.

After coming through the club’s academy, Daniel made 57 appearances and scored 12 goals during his time with the club.  Daniel had first joined Caley Thistle when he was just 8 years-old and he was a season ticket holder for most of that time.

During his 2020/21 season at Caley Thistle, Daniel won the ICTFC Supporters and Player’s Young Player of the Year Award and the goal of the season for his solo strike v Ross County.

Upon signing for Hibernian, Daniel spent the second half of last season on loan at Kilmarnock, where he picked up a Championship winners medal.

Welcome back to Inverness Daniel!