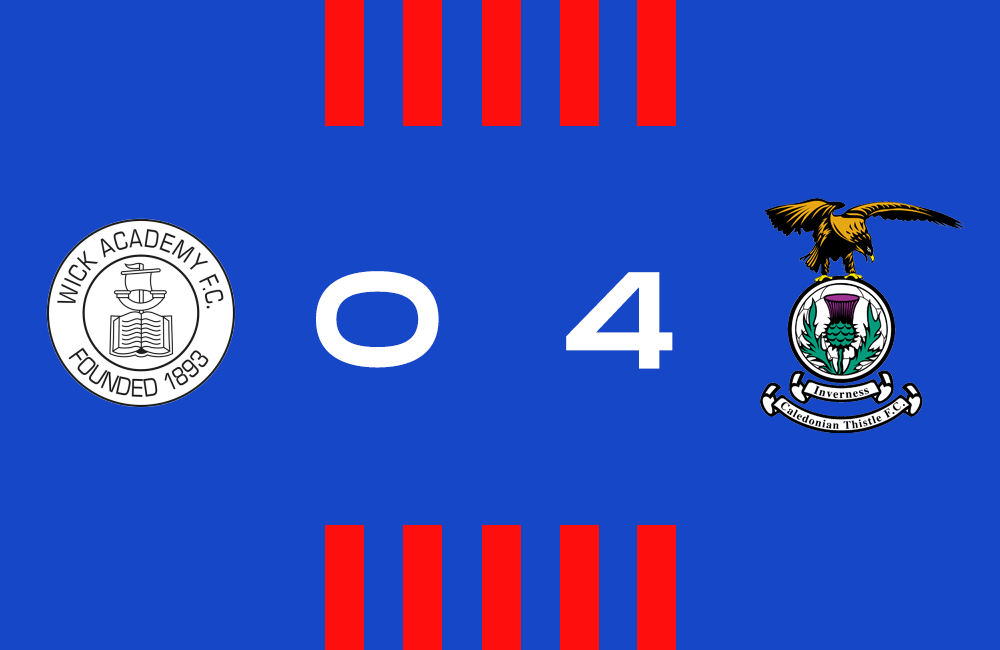 The ICT U18s, with Cameron Mackay and Ryan Fyffe also featuring, beat Highland League side Wick Academy 4-0 in a friendly last night at the Highland Football Academy in Dingwall.

Calum Mackay opened the scoring with a great free-kick from over 30 yards and into the top corner.

Harry Hennem got the second of the night with a great finish from 25 yards high into the roof of the net.

Ryan Fyffe started the move for the third with a great ball to find Lewis Nicolson, who was making his first start since returning from a knee injury, on the left hand side and his cross was headed in by Duncan Proudfoot.

Proudfoot got the fourth and his second of the match as he found himself through on goal after a swift counter attack from Caley Thistle.

The match was part of Wick Academy’s preparation ahead of the new Highland League season which begins this weekend.