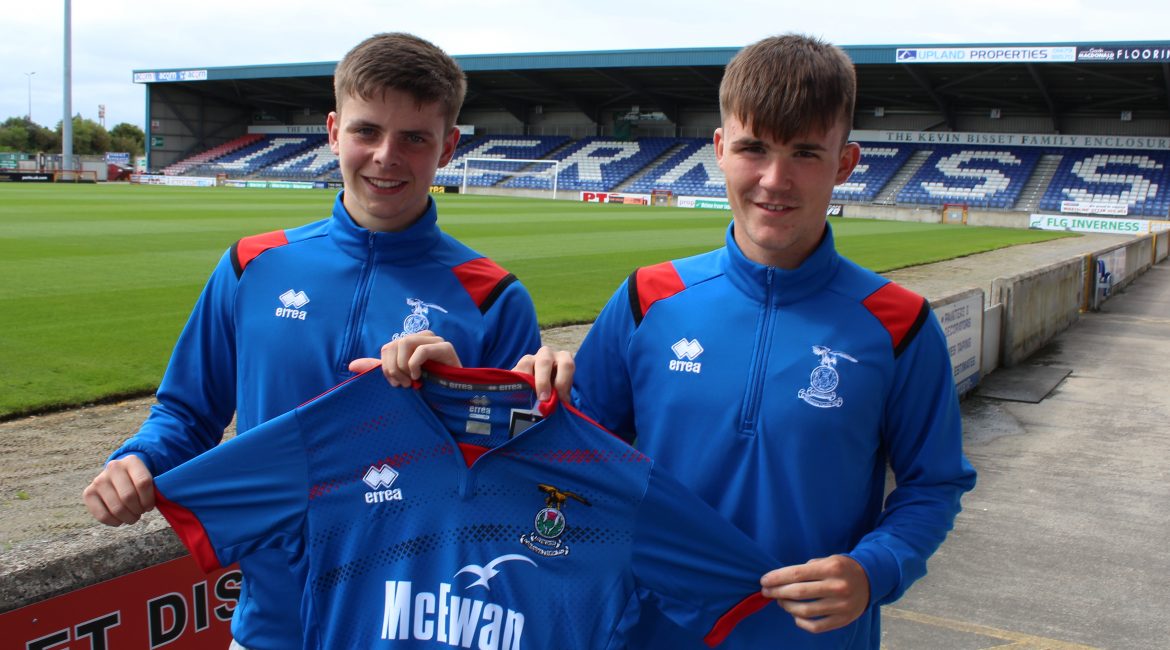 Inverness Caledonian Thistle are delighted to announce that Shane Harkness and Lewis Hyde have signed 2-year professional contracts with the club.

Both players have been with the club since they were 10 years old and it’s the first professional contract for both of them in their careers.

Lewis Hyde was named on the bench for last season’s Scottish Cup Quarter Final against Dundee United at Tannadice, which Caley Thistle won 2-1. Hyde was a key player in the Caley Thistle’s Under 18s side which won their league last season.

Shane Harkness was also a part of the Under 18s side which won their league last term, he was named on the Caley Thistle bench for this seasons North of Scotland Cup tie against Lossiemouth as he replaced Aaron Doran in the second-half.