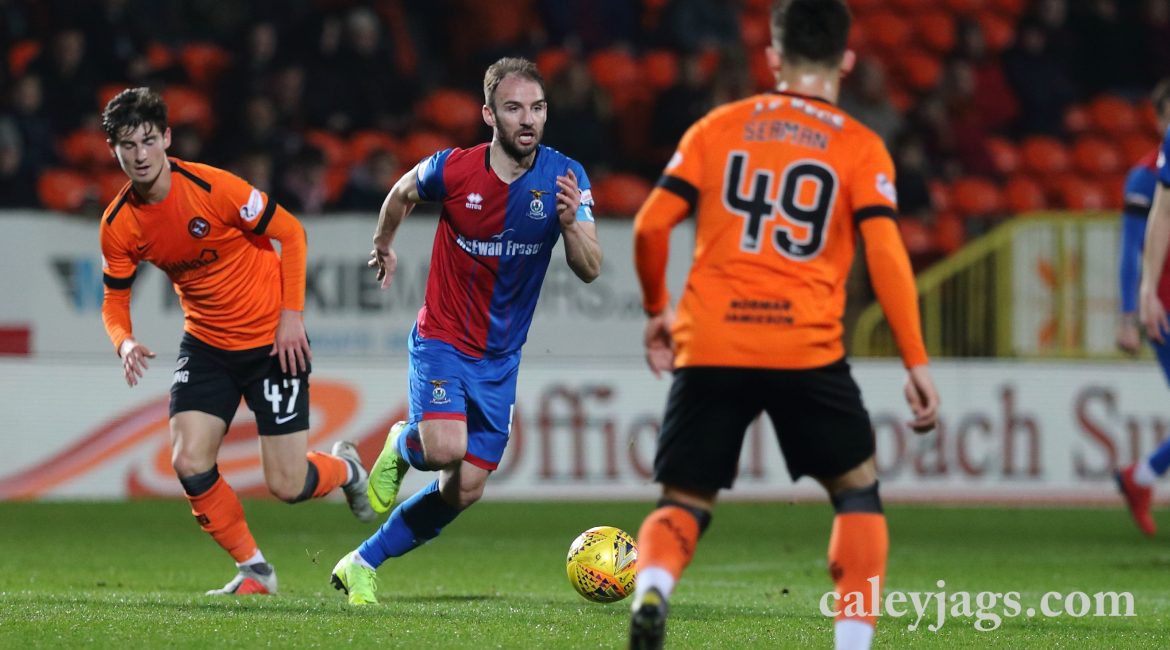 Inverness Caledonian Thistle are delighted to announce that midfielder Sean Welsh has signed a new two year contract extension with the club.

Welsh joined the club last summer and only last Saturday was named the joint Player’s Player of the Year, alongside Joe Chalmers.

ICTFC Manager John Robertson said: “We’re delighted that Sean has extended his contract with us. It’s great that Sean and his family are committed to staying in the Highlands.”

“Sean has got a wealth of experience and has showed his worth to the club with his performances this season.”

Caley Jags midfielder Sean Welsh said: “I’m delighted to sign a two year extension which takes my contract up until the end of Season 2021/22.”

“I’m gutted that I can’t help the boys in the play-offs but they have my full support and we stand a great chance following the performance on Tuesday night.”