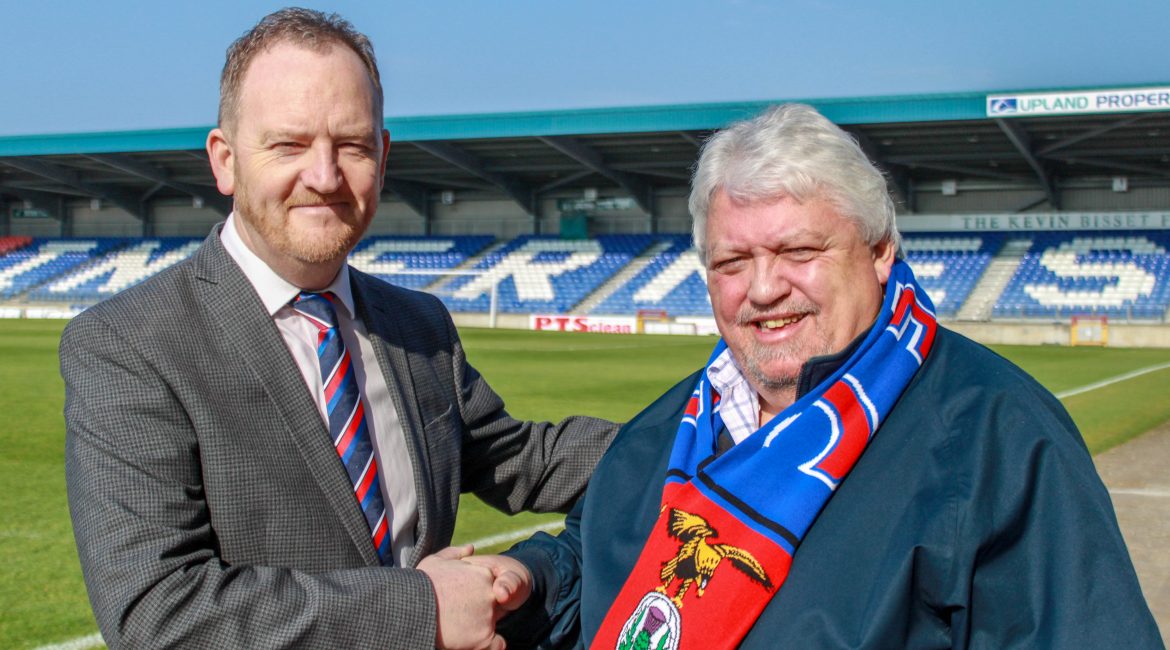 Inverness Caledonian Thistle is delighted to announce the appointment of a prominent figure in Scottish football administration as its new Chief Executive Officer.

Scot Gardiner took up the post yesterday (Monday) ahead of Saturday’s William Hill Scottish Cup semi-final at Hampden against Heart of Midlothian, one of his former clubs. Mr Gardiner was Chief Operating Officer of Hearts between July 2014 and August 2017.

He has held a number of key senior management roles in football over the last 20 years, having served as Chief Executive Officer of Dundee FC; Commercial Manager and Acting Commercial Director of Tottenham Hotspur FC and Commercial Sales Manager of Glasgow Rangers FC.

Scot has also pushed very hard for reconstruction of the SPL, particularly the play-off system and redistribution of funding throughout the 42 Scottish League clubs.

Scot said: “I like what I have seen on the park in terms of the style of football being encouraged by the Manager and the hard work of the Board of Directors to create a more sustainable business model.  Their commitment to promoting a youth development system is also highly commendable.”

“I am also fully aware of the challenges facing the club in terms of reduced income from playing in the Championship for a second season. That said, the numerous meetings and phone calls I have had with the various Board members over the last couple of weeks have convinced me that we can make a positive impact on the football club, both on and off the pitch.”

“My priorities are to build a strong support team to generate the income needed to field a side capable of progressing to the Premiership of the SPFL and – parallel to that work – develop a strategy for the club which will give confidence to the local and regional business community as we look to garner their support for what is, after all, their team. There is no doubt that a successful football side in Inverness is good for the city.”

Graham Rae, Chairman of ICT, said: “Scot has attended a number of our games this season and I have always been impressed with his knowledge of the game, both on and off the park.  He has a wealth of experience in the football and business world and is highly regarded in the game.”

“Scot has a proven track record in attracting new business into football clubs and we are confident we have found someone who can not only build a strong operational team at the stadium but engage with the local business community to sell the brand that is ICT.”