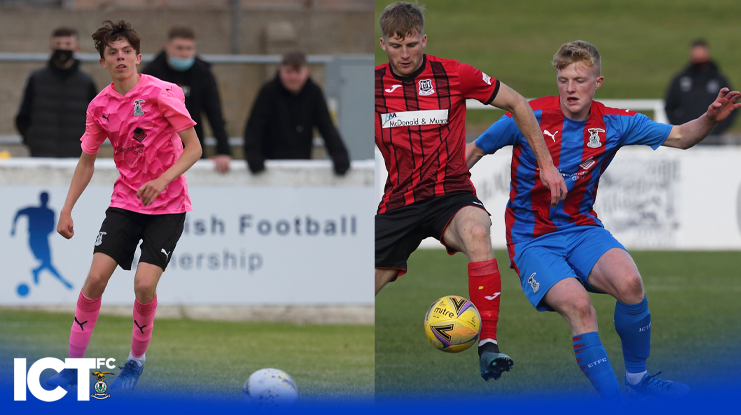 Inverness Caledonian Thistle can confirm that Robbie Thompson and Lewis Nicolson have joined Highland League side Clachnacuddin on loan until January.

Both Robbie and Lewis signed their first professional contracts with the club this summer and both have been with the club since they were 9 years old.

Robbie, 17-years-old, is a central midfielder and featured in our pre-season matches against Clach, Forres Mechanics and Aberdeen.

Lewis, 17-years-old, is a left-back, he has recently returned from a knee injury. He has featured with the Under 18s this season and in closed doors friendlies.

The club wishes both players the best of luck!