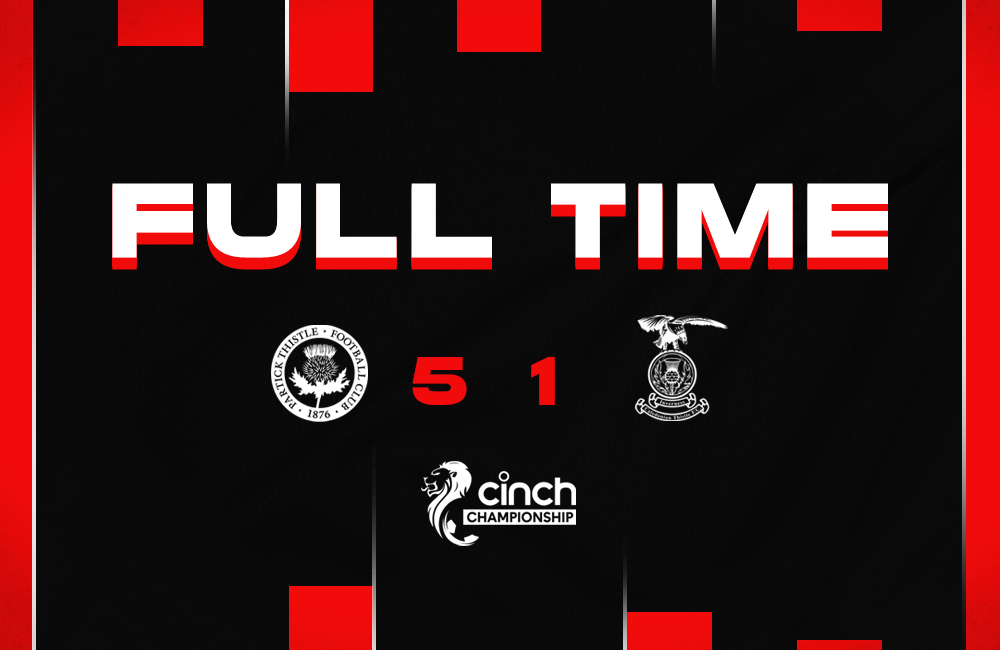 Caley Thistle made 10 changes to the side which lost in the SPFL Trust Trophy tie against Hamilton Accies on 10th December, with Ryan Barrett the only survivor in the starting eleven.

The home side started well and had an early lead through Brian Graham after he finished a great ball by Aidan Fitzpatrick to open the scoring.

Caley Thistle got their first chance of the match on the 30 minute mark, Daniel MacKay picked out Billy Mckay on the edge of the box but the striker’s effort was easily held by Jamie Sneddon.

Just before half-time, Partick Thistle doubled their lead through Kyle Turner in a near copy of the opening goal but this time it was Harry Milne’s cross into the box which was finished in the box from close range.

Billy Dodds made one change at the break as Aaron Doran replaced Steven Boyd for the second-half.

But things only got worse for the Caley Jags as Cole McKinnon made it 3-0 after connecting with Brian Graham’s knock down in the box and slotting the ball past Cameron MacKay.

Partick Thistle added a fourth moments later, a corner was swung in and met Aaron Muirhead free in the box and his flicked header made it 4-0.

Cameron MacKay was called into action as he held Kevin Holt’s header just moments after the defender made his way on as a sub.

Aaron Muirhead almost added a fifth and his second of the match as he connected with Kyle Turner’s corner but his header was cleared off the line.

After 74 minutes, Caley Thistle grabbed a goal back as Daniel MacKay cross wasn’t dealt with in the box and was cleared only as far as Aaron Doran who poked the ball past Jamie Sneddon.

However, Partick Thistle restored their four goal lead instantly as Danny Mullen spun on the edge of the box and finished well past MacKay to make it 5-1.

There was further late misery for Caley Thistle as Wallace Duffy was shown a straight red card after being judge to have committed a last man challenge.