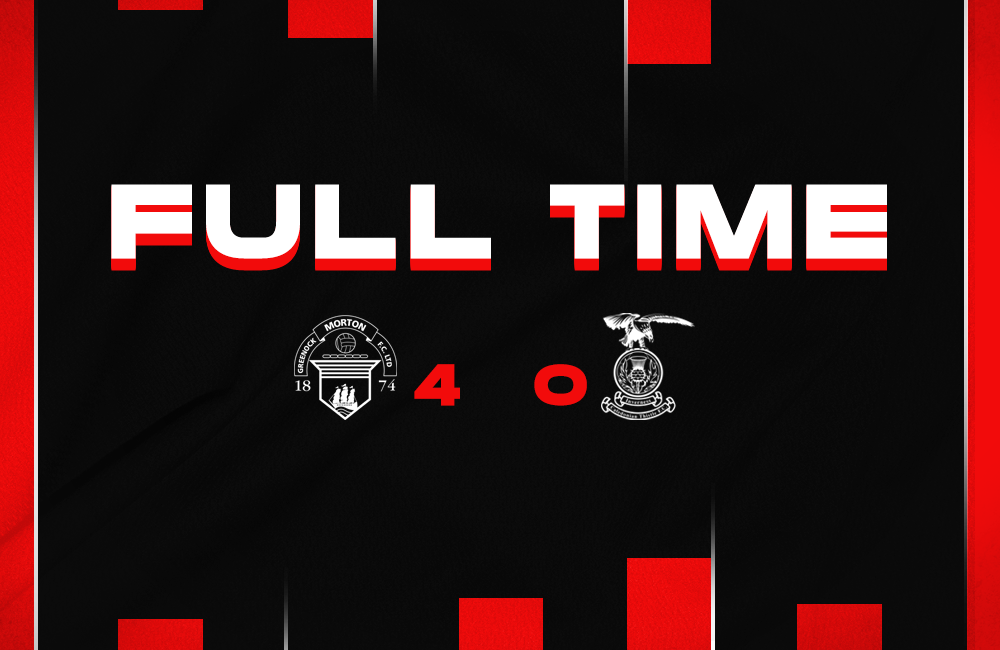 Inverness Caledonian Thistle fell to a 4-0 defeat against Morton at Cappielow.

The home side raced into a 3-0 lead before the break thanks to goals from Robbie Muirhead, Grant Gillespie and an own goal from David Carson. Cameron Blues grabbed a goal in the second-half to seal the win for Morton.

Head Coach Billy Dodds named three changes to the side which drew 1-1 with Raith Rovers as Lewis Hyde, Nathan Shaw and the injured Robbie Deas were replaced by Wallace Duffy, Sean Welsh and Aaron Doran.

Morton had the lead after just five minutes on the clock as Robbie Muirhead’s shot wasn’t dealt with by Mark Ridgers as the ball ended up in the back of the net with Cameron Blues slotted in the rebound to make sure.

Morton were then awarded a penalty after 11 minutes as Max Ram was judged to have fouled Efe Ambrose in the box. Grant Gilliespie saw his penalty saved by Mark Ridgers but the Morton midfielder dinked the rebound past Ridgers to double the home side’s lead.

Caley Thistle looked for a response as Billy Mckay’s cross found Steven Boyd in the box but the winger’s header was wide of the mark after 20 minutes.

Robbie Muirhead then looked for his second of the match but he was denied by Mark Ridgers from inside the box.

Efe Ambrose then produced a good bit of defending as David Carson’s cross was flicked on by Aaron Doran in the box to Billy Mckay but his shot was blocked by the Morton defender.

Morton had their third of the match just before half-time. A corner was swung in and knocked into his own net by David Carson.

With twenty minutes to go, Nathan Shaw’s pass found Billy Mckay in the box but his shot from a tight angle hit the side netting.

Morton added a fourth after 73 minutes. Cameron Blues was played through on goal by Lewis McGrattan and the Morton midfielder made no mistake with the finish.