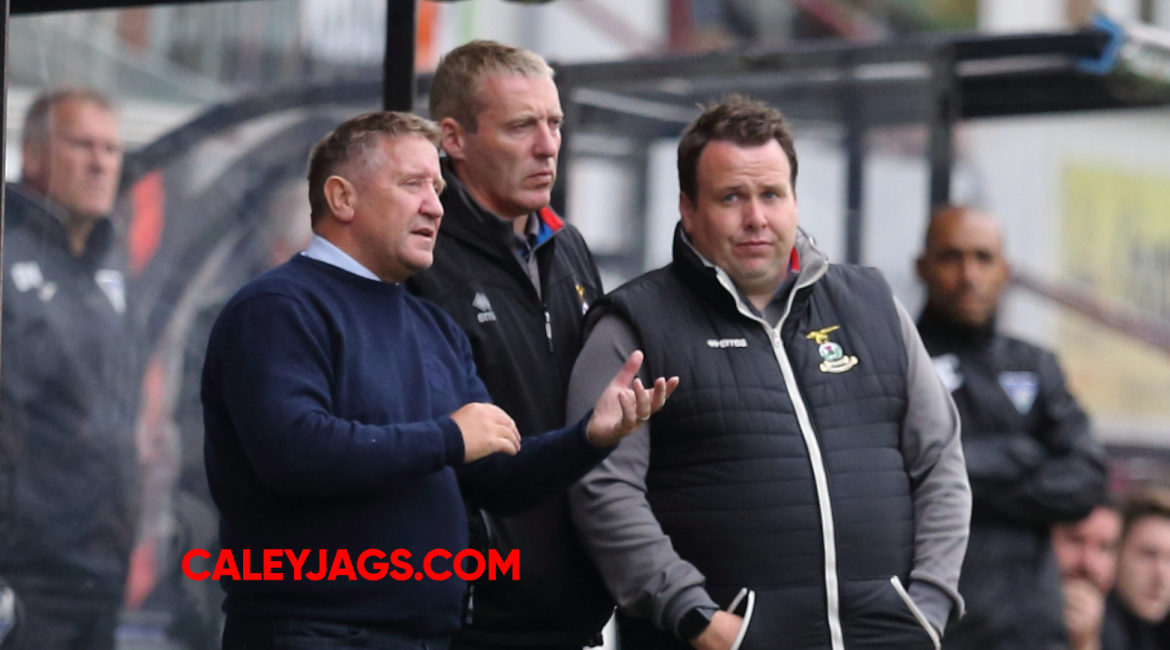 “Frustrated, disappointed, angry. We didn’t come out of the traps and Morton, to be fair, could’ve been a couple up. They got their goal, a well taken goal but our two centre-backs were sleeping.”

“James Vincent then does brilliant to manage to get in front of McHugh to stop him getting the second and draw a foul. Then, we settled down, started to play, started to create chances. We hit the post, made the keeper produce a couple of good saves, we get an equaliser and we’re good value for it.”

“We then really turned the screw, we had really good chances through Miles, Keatings, Curry again and Jordan White should score the header. We said that in the second-half we had to keep it up and we did, we kept the play going towards the Morton goal.”

“We created chances, there was a lot of blocks, a couple of saves, a couple just over the bar and I didn’t think we were in any danger. I felt there was only going to be one winner. We switch off and make a terrible mistake, an individual mistake and that’s what is killing us at both ends of the park. Coll has made a mistake today and McHugh has punished us.”

“We dropped a silly two points late on last week and today it is three points dropped. We’ve said to the players there that they have to start believing in themselves, they’re a good side, they’re capable but they’ve got to be able to defend better and score goals when they are on top.”

“We’ve said it week in week out, be ruthless at both ends of the park and today we weren’t ruthless enough at either end.”

“Morton are unbeaten here and are unbeaten here for a reason. They made it tough for teams and they showed that in the first 10 minutes in particular, but once we weathered that storm and started playing it was one way traffic and we were the team on the front foot for the rest of the game.”

“We should have come away with all three points, I’d have been really disappointed if it had finished 1-1 because that’s how dominate we were. But, it was a silly error and we’ve got to get that out of our system. We’ve got to get back to being a team that don’t lose goals.”

On Tuesdays game with Queens

“We have to bounce back, we’ll freshen up the team a little bit. We’ve left a couple out today of the starting line-up and we’ll bring them back Tuesday because that’s what we need to do. We need to show that we’ve got the squad to handle these tough matches.”