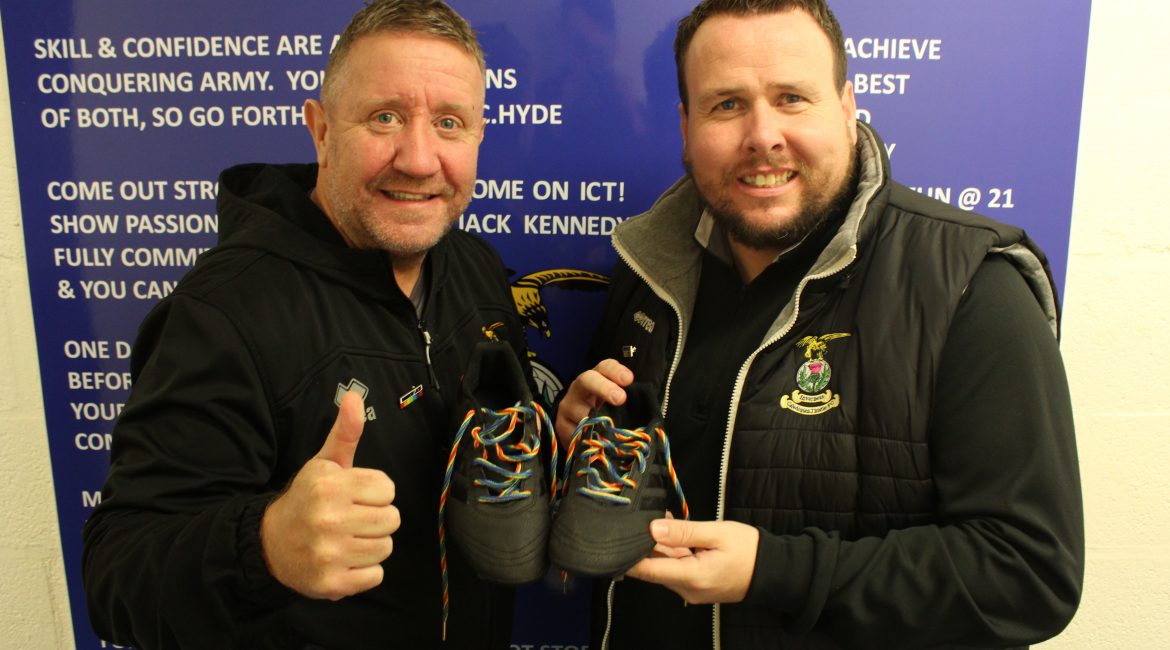 Inverness Caledonian Thistle is proud to support Stonewall’s Rainbow Laces campaign this weekend for our match against Alloa.

Rainbow Laces is Stonewall Scotland’s campaign to change attitudes in sport and make sure that lesbian, gay, bisexual and trans (LGBT) people are welcomed and accepted at all levels of the game.  Sadly, many LGBT people have a poor experience in sport and have experienced discrimination because of who they are.

The Rainbow Laces campaign has generated a huge amount of awareness of LGBT people in sport, shifting the attitudes of fans, and participants. Last year, 12 million people in Britain saw the campaign, including almost half of adults in Scotland.

ICTFC Manager John Robertson said: “The Rainbow Laces campaign raises a huge amount of awareness of LGBT people in sport and we are delighted to play our part. Football should be a welcoming sport for everyone regardless of their race, religion or sexual orientation.”

ICTFC CEO Scot Gardiner said: “The club is delighted to showing its support this weekend for Stonewall’s Rainbow Laces campaign.  This year we were delighted to have a presence at the ProudNess event in the summer and form our first ever LGBT supporters group. Rainbow Laces is an important campaign to show football is a sport welcoming for all.”