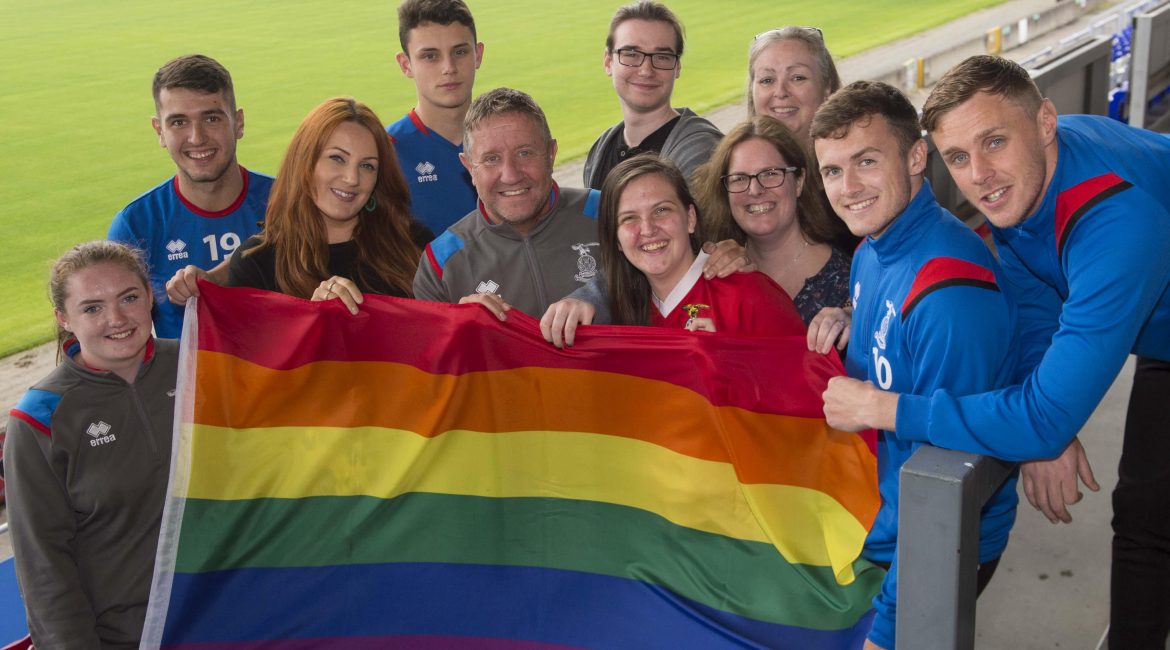 The club is delighted to announce a brand new partnership with Proud Ness.

The LGBT+ Festival, which is due to take place in Bught Park on Sunday 21st July, will see a Caley Jags Stand in the Proud Ness Clan Village with many other exhibitors, Lionel Nessie and Manager John Robertson plus other club staff in attendance and the launch of our first ever Official LGBT+ fans group.

CEO Scot Gardiner said “As we all know, football can be a very powerful tool to help fight all forms of discrimination.”

“It is a global, universal language so no matter what your, sexuality, religion, race, background or gender is, kicking a ball about in the park or watching your team play in person helps put everyone on a level playing field. We were all aware of the joy last year’s Proud Ness brought to the city and had we not been approached, I would almost certainly have been contacting the organisers to see how we could support this year’s event. We are delighted to be the first official LGBT+ Community Ally.

Now that we are going to have a presence, it makes perfect sense to take the opportunity to launch our Official Inverness Caley Thistle FC LGBT + Supporters Group and we are looking forward to an amazing day and the support we intend to give in the following months.”

Proud Ness Chair Jess Taylor said “We are absolutely delighted to sign Inverness Caledonian Thistle Football Club up as our first official LGBT+ Community Ally! It shows a commitment from the club that they will not accept any form of discrimination. Flying the pride flag during Proud Ness weekend really cements the club’s support, particularly as it falls over a match day with thousands of attendees. It’s also a fantastic offer that any supporters attending Proud Ness can sign up to the new Caley Jags LGBT+ Supporters Club and receive a free pair of tickets for the first league match this season! We look forward to strengthening our relationship with the club in the future.”

“The final touches are being put in place for this year’s Proud Ness and it’s going to be a bumper of an event! Working in collaboration with The Highland Council, we’ve really up-scaled the event this year, being held at Bught Park, plus we’ve added an after party at Under Canvas-Eden Court and a late night party at Revolution Bar.  We can’t wait to share what we’ve been working on all these months with pride attendees…it’s going to be amazing!”

For more information on the event, go to www.proud-ness.org