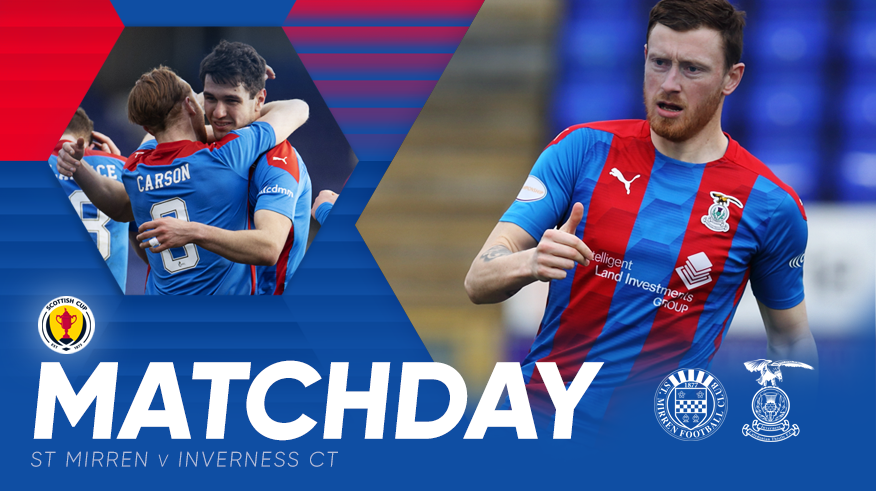 How to watch the match

The match will be streamed live on St Mirren PPV for £12.

“It’s a huge win for us. I think the derby win against Ross County was huge in its own right as a derby but to do it in the Scottish Cup was really pleasing for the fans.”

“Going to St Mirren, it’s another opportunity to progress in the cup. It’s yet another away fixture, which I have already spoken about, we’ve not had too many home games in my time here most of them have been on the road.”

“That’s us eight unbeaten now, we’d have liked to greedy on Saturday and get three points but I don’t think a point was a bad result.”

“We’re in good spirits, we’re looking forward to the cup competition, it lets us test ourselves against a Premiership team again. I thought we were absolutely brilliant against Ross County. We’ll have to go and show we’re a good side against St Mirren, who were very unlucky not to get top six.”

“We know how hard it is going to be but we’re really looking forward to it. I can tell with the group that they’re confident right now as well. They understand and respect the opponents but we’re going there to win the game.”

Neil McCann said: “We’ve got a few concerns, which I won’t mention but given the fact we’re coming in from an astroturf pitch, a really poor surface, it does take a toll on the body.”

“The group that has trained today [Thursday] are more than capable of going to St Mirren and getting a result. Of that I’ve got no doubt because the squad has been functioning really well recently.”

“We’ll give certain boys right up until the last minute to make themselves available. Then hopefully we can go to St Mirren full strength.”