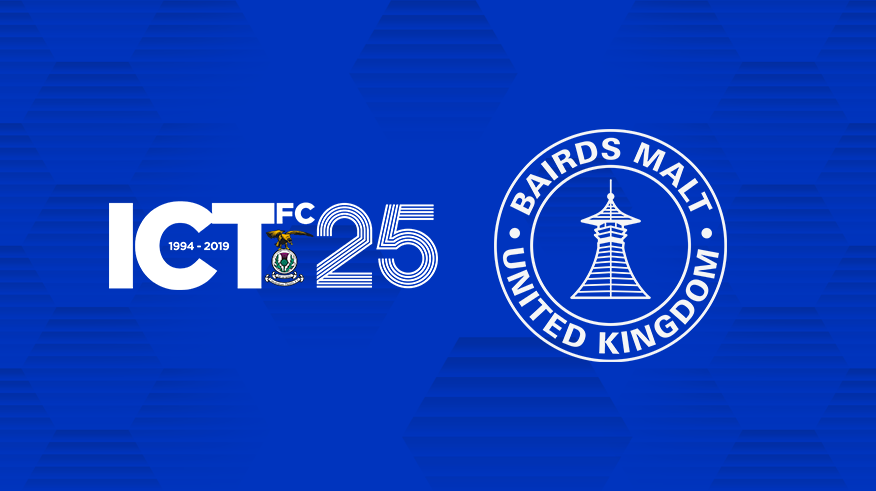 Inverness Caledonian Thistle Football Club is delighted to announce a new partnership with local malting company Bairds Malt, who are one of the largest malting companies in the UK with 5 sites located throughout the Eastern Seaboard of the UK.

Following the recent expansion programme by Bairds Malt and the subsequent discussions between Bairds and ICTFC, a mutually beneficial partnership has been agreed.  Further to this partnership, Bairds has very helpfully enhanced the deal by becoming the Club’s first ICT 25 Platinum Partner.

ICTFC Chief Executive Scot Gardiner said “We are delighted to be able to partner with such a burgeoning local and indeed national business in these financially challenging times.”

“Bairds have been great to work with and the fact that they further cemented our relationship by becoming our first Platinum sponsor speaks volumes about how committed they are to the welfare of our club and the football community In Inverness. These are difficult times and it is a testament to the strength of the club infrastructure and the surrounding businesses that such partnerships can be signed.”

Dr. Richard Broadbent, President of Bairds Malt, commented on the importance of partnering with ICTFC and becoming their first Platinum sponsor: “This is a very exciting period for Bairds Malt, increasing distilling malt production capacity in Scotland while supporting malting barley growers the distilling industry in Scotland.”

“Bairds Malt has been malting quality grains in Scotland since 1823 and this project will supplement our earlier major investment in next generation malting facilities at our Arbroath site in 2010. Inverness is at the heart of the highlands and we’re proud to be working with ICTFC who have been able to help us make this project come to fruition.”

“We’re fortunate to have ICTFC as neighbours and have such a facility next door that as Platinum members we can use to enjoy the great game of football.”