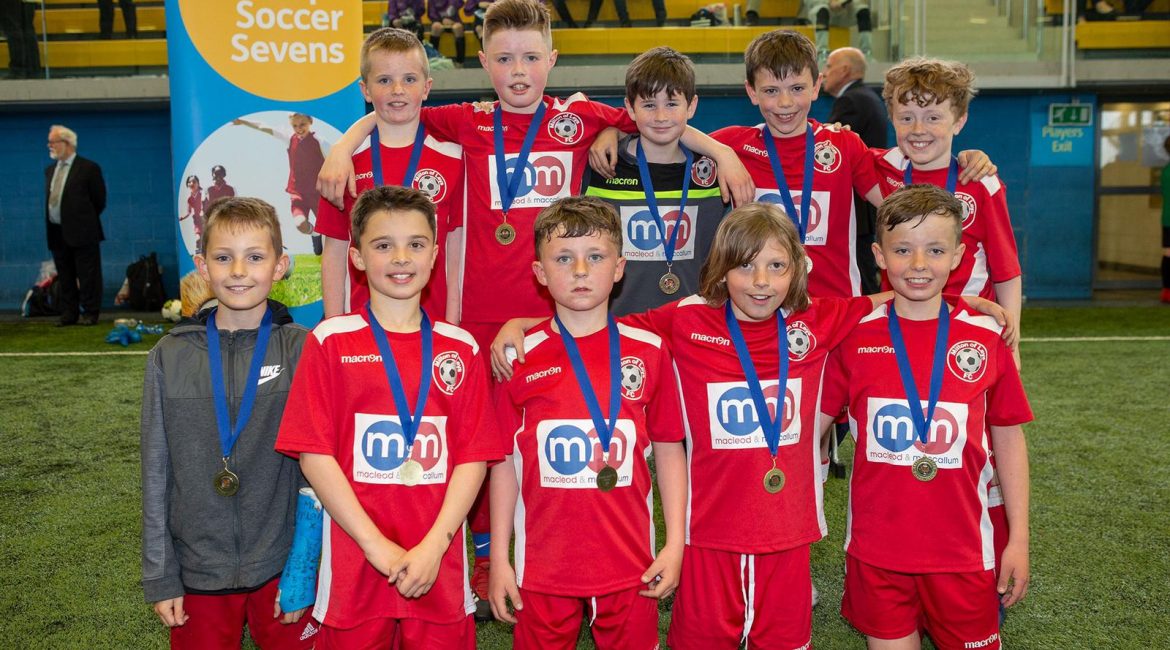 On the pitch tonight at half-time, we’ll welcome the Players and Coaches of Milton of Leys FC who have just become SSFA Scottish Champions. A great achievement for Inverness Youth Football to beat over 300 Schools from throughout Scotland to win at the National Finals in Glasgow.

The tournament started back in December when Milton of Leys won the Highland Qualifier in Inverness to progress to the Regional Finals in Dundee in March which they also won. On Wednesday they played against the best Schools in the country at Toryglen Football Centre beside Hampden where they had 3 convincing wins against teams from Glasgow, Edinburgh and Ayrshire to qualify for the final. In the Final they played another team from Glasgow, that contained some Rangers players, and won the game 4-3 to become Scottish Champions.

This is a tremendous achievement for Milton of Leys Primary School Football team, given that it has only been in existence for 8 years. In total across the whole tournament they played 17 games, scoring 51 goals, conceding only 10 with 11 clean sheets. Proof if it is needed that we have some excellent players and teams in the Inverness area.

The winning squad are-