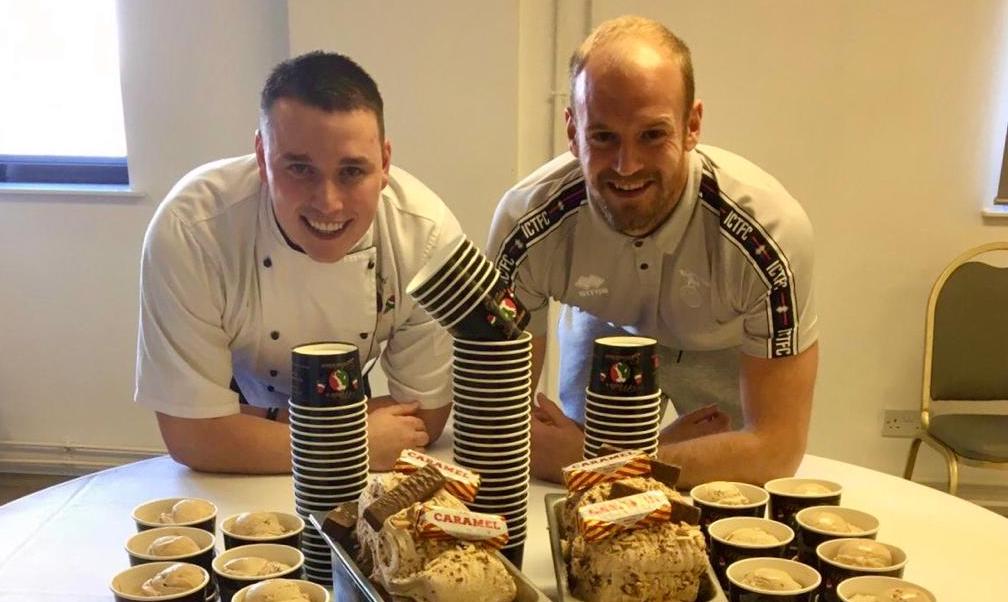 Jim said “Scott and I went above and beyond the call of duty and put our bodies on the line to ensure that the taste was just right for everyone else. We thought it was something different and it will be served to those attending our hospitality suites and boxes on Sunday.”

Miele’s Director Michael Miele said “ICTFC approached us and asked us if it would be possible to make a Tunnock’s Caramel Wafer ice cream and we said that should not be a problem. The club approached the SPFL who asked Tunnock’s and they were happy to allow this to happen. The ingredients were shipped up from Glasgow and the process began a couple of weeks ago. We had Scott and Jim in for regular tastings and they gave it the official thumbs up. We are launching it on Valentine’s day so that the romantic Highlanders can purchase some for their sweet toothed sweethearts.”

The delicacy will be available from the Miele’s Gelateria in Church Street from 2.00pm Friday. ICTFC Season Ticket Holders, on production of their Season Ticket, can get the usual deal of buy one scoop and get the second scoop free from Friday up until kick off time (4.10pm) on Sunday.