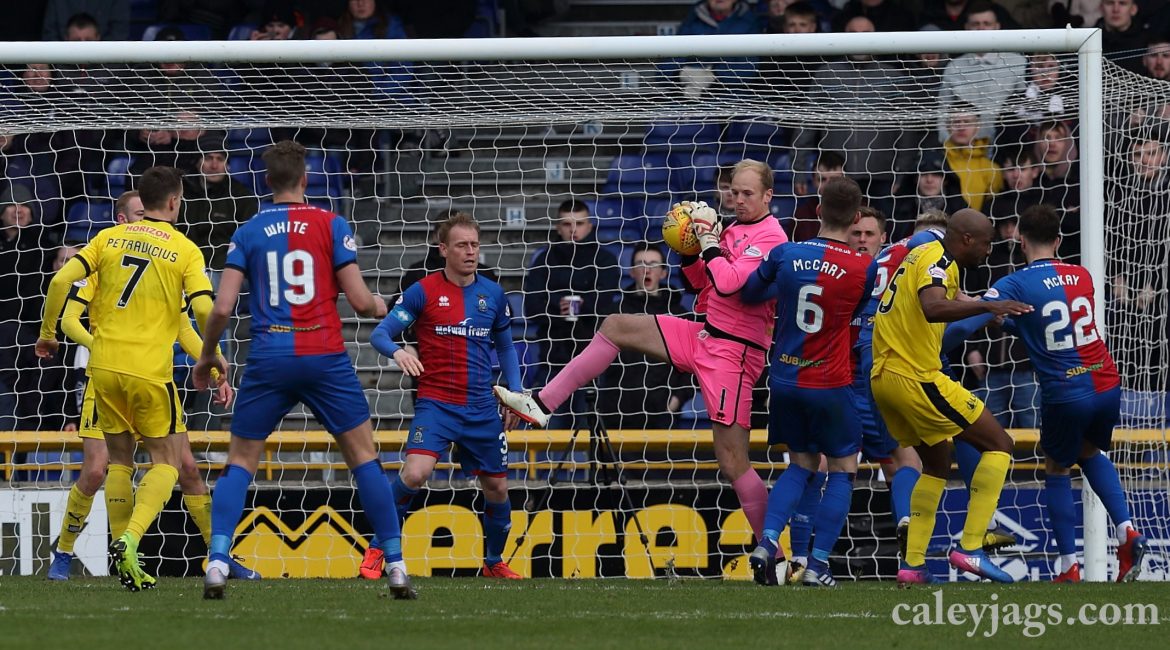 It was all square and goal-less at the Caledonian Stadium as both sides failed to break down the other’s defence. It was what was sure to be a frustrating result, tainted by at times tricky windy conditions.

After Sean Welsh’s unfortunate injury during the midweek game against Alloa, Kevin McHattie lined up as his replacement alongside Chalmers and Trafford in midfield. Brad McKay and Carl Tremarco returned to the lineup after sitting out the previous game.

The first half was a frustrating affair for both teams, with few chances to satiate support.

At the 1st minute, Kevin McHattie snatched at his angular shot with his left foot and hit it wide. The same could be said a few minutes later when Doran managed to set up Joe Chalmers 20 yards away from goal, with a small window to aim at. But Joe swept it wide to the right and couldn’t test the keeper.

Just before the break, Falkirk had a decent chance squandered to test Mark Ridgers. Ian McShane had a left footed crack from the edge of the box and the effort was low, but just wide of the far post.

The second half was brighter from each team. At kick-off ICT quickly won a freekick on the right hand side. Chalmers took the chance to whip in a dangerous delivery from the set-piece, and Jamie McCart was a whisker away from flicking it on.

At the 56th minute, Aaron Doran attempted a long range shot but didn’t get enough purchase on it. Harry Burgoyne easily stopped it. A minute later, Doran fashioned a much better chance from closer. Joe Chalmers hit a long range ball that went over Doran’s shoulder ten yards from goal on the right hand side. As the angles tightened, he managed to get a shot away but he could only get a corner.

The Caley Jags had the best chance of the game to create a winner at the 81st minute. William Edjenguele failed to properly clear a high ball near his box and it landed to Liam Polworth. He worked the ball onto his left and squared to Aaron Doran inside the box; he managed to get the ball on target but it was blocked by McGhee on the line. Polworth was there on the follow up but it couldn’t hit the back of the net, thanks to a last man block.

The luck wasn’t with the Bairns either. An Ian McShane corner was flicked on in stoppage time by Edjenguele and Shayne Lavery tried to hook it from close. Ridgers managed to block it from point blank range for what was the last chance of the game.