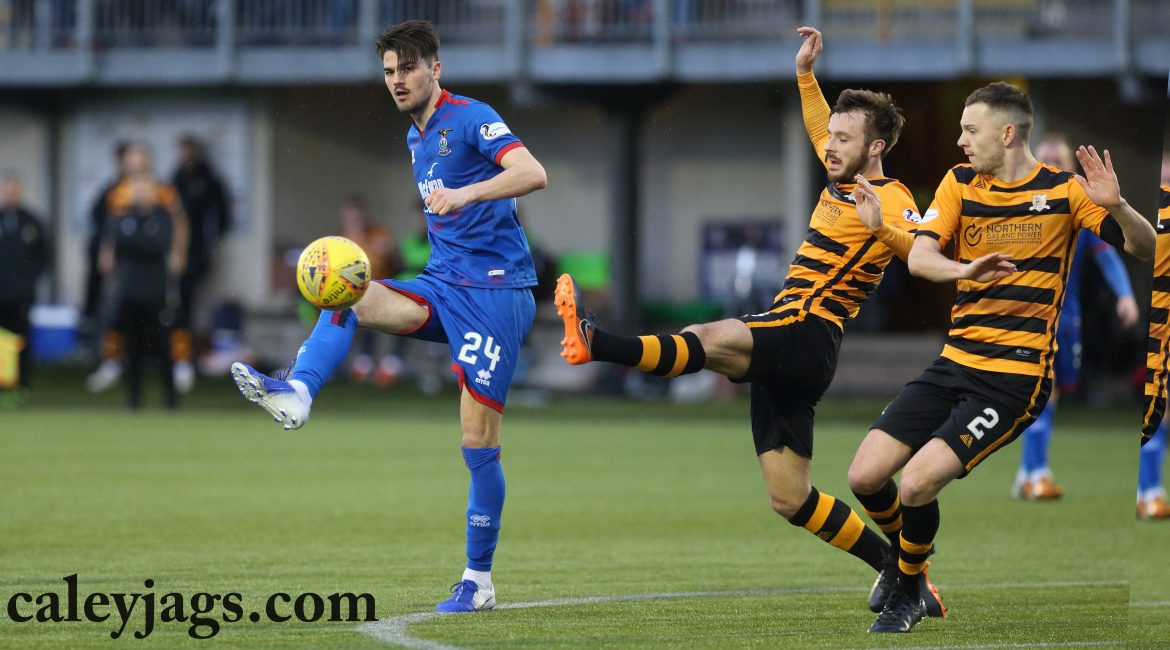 Inverness fell to a disappointing 2-0 defeat at Recreation Park against Alloa, with goals from Lee Connelly and Alan Trouten securing all three points for the hosts.

John Robertson made two changes to the Caley Thistle side which beat Morton 3-2 on Tuesday as Aaron Doran and Brad Mckay replaced Roddy MacGregor and Kevin McHattie in the starting eleven.

Although, the Caley Thistle boss was forced into an early change after less than two minutes played as Lewis Toshney was forced off due to a thigh injury and Kevin McHattie was his replacement.

The hosts had the lead after 12 minutes on the clock, Lee Connelly received the the ball in the box and his effort wrong-footed Mark Ridgers after taking a nick off Brad Mckay in the box and looping over the Caley Thistle keeper.

After 19 minutes, Alloa had the chance to make it 2-0 as Lee Connelly’s cross found Kevin O’Hara in the box but his effort was wide of the post.

Just a minute later, Caley Thistle could’ve been level if it wasn’t for a great save from Alloa keeper Neil Parry. Tom Walsh’s free-kick was flicked on by Trafford into the path of White but the strikers’ effort was saved by Parry from close range.

Caley Thistle looked for a response and Shaun Rooney mustered the extra chance for the visitors as he saw his header bounce just wide after 37 minutes after meeting Doran’s lofted ball.

Parry was forced into two more saves before the break, firstly after 40 minutes the Alloa keeper denied Brad Mckay’s shot after the defender met Walsh’s corner at the back-post.

In the second-half, Ridgers had to be alert straight after the re-start as he palmed, Crystal Palace loanee, Scott Banks’ effort over the bar.

Right-back Shaun Rooney made a brilliant bursting run down the middle of the pitch and played in Aaron Doran but the Irishman saw his effort blocked and behind for a corner.

After 62 minutes, John Robertson made his second change of the game as James Keatings replaced Miles Storey.

Alloa could’ve had a third after 64 minutes, Lee Connelly saw his initial effort parried by Ridgers and the rebound fell to Trouten but his shot came off the post.

After 67 minutes, Tremarco picked out White in the middle with a great cross but his header was held by Neil Parry.

Scott Banks showed some great skill as he went past a couple of defenders and saw his shot from the edge of the area go just over the bar.

Tom Walsh looked to cause start a late revival for Inverness but his effort was over the bar after 84 minutes.

In the final minute of the match, Alloa could’ve capped off their three points with another goal as substitute Adam Brown saw his low effort come off the post.