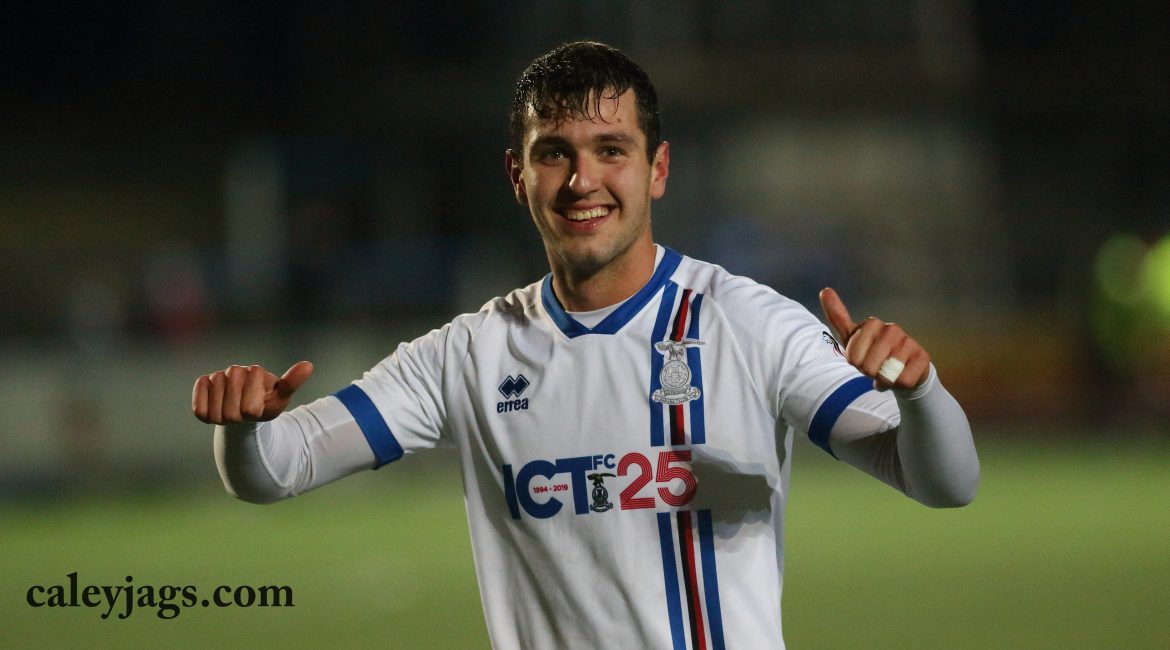 Goals in both halfs from Aaron Doran and Nikolay Todorov earned Caley Thistle all three points at Palmerston as they beat Queen of the South by two goals.

John Robertson made four changes to the side which was beaten by Morton on Saturday with Aaron Doran, Nikolay Todorov, Charlie Trafford and Roddy MacGregor coming into the side for Miles Storey, Jordan White, James Vincent and James Keatings.

Mark Ridgers was called into action in the first minute of the match as he denied Stephen Dobbie from a tight angle, while Roddy MacGregor bent one just wide after five minutes for the Caley Jags.

After 7 minutes on the clock, Abdul Osman was presented with a chance in the box but his shot as over the bar and behind for a goal kick.

Darren Brownlie was presented with an opportunity to open the scoring, his header from El-Bakhtaoui’s corner was over.

Caley Thistle opened the scoring after 29 minutes on the clock, some neat interchange in the box as Roddy MacGregor found Doran and he curled the ball past McCrorie to make it 1-0.

Queens made a change at the break as Connor Murray replaced Michael Paton.

The home side could’ve drawn level after 48 minutes, El-Bakhtaoui lead the counter attack as his cross found Dobbie at the back-post but the Queens striker dragged his effort wide.

Dobbie had another go after 54 minutes, the Queens striker fired an effort right across the box but there was no takers.

Ridgers prevented Hamilton from levelling things as the Caley Thistle goalkeeper turned his effort behind for a corner.

McCrorie was called into action after 58 minutes as Roddy MacGregor found Mitch Curry in the box.

John Robertson made his first change of the evening after 61 minutes as Miles Storey replaced Mitch Curry and he also replaced Aaron Doran with Tom Walsh after 68 minutes.

Dobbie fired a volley wide of the mark after 72 minutes as the Queens striker continued to have a frustrating night in front of goal.

Dobbie was presented with another chance as he broke through on goal after a good move but he sliced it wide of the mark.

The Caley Jags sealed all three points in the final minutes of the match as Nikolay Todorov fired in with his final kick of the match.

Todorov was played in by James Vincent as the Caley Jags counter attacked late on and the Bulgarian striker emphatically fired past McCroie for his 5th goal of the season.

Caley Thistle remain third in the table but will now face Dundee United at the Caledonian Stadium this Saturday.