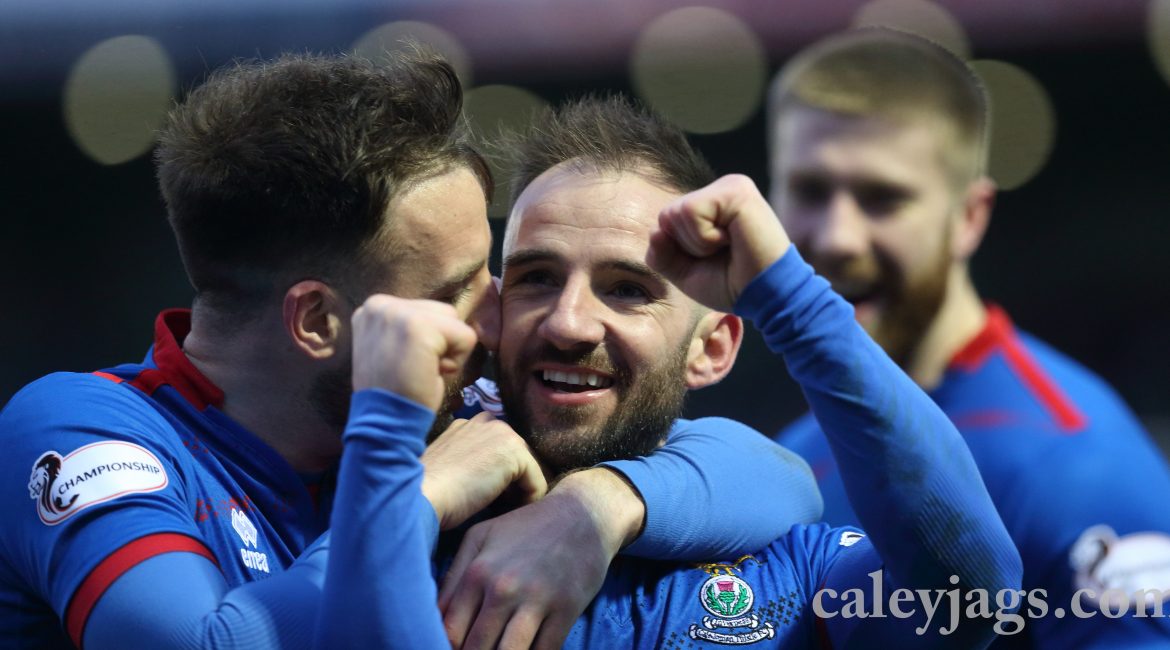 Sean Welsh’s second-half free-kick sent Inverness through to the last eight of the Scottish Cup, as the Caley Jags beat Livingston 1-0 at the Caledonian Stadium.

John Robertson made two changes to the side that drew with Alloa last weekend as David Carson and Sean Welsh came into the the starting eleven for James Vincent and Aaron Doran.

It was extremely blustery conditions at the Caledonian Stadium , with Storm Ciara starting to hit the UK, and the opening stages proved extremely tight between the sides.

Livingston had the first half-chance of the match after 7 minutes as Lyndon Dykes’ long throw found its way to Steven Lawless in the box but he shot while on the turn and it was well wide.

Inverness had a big chance after 18 minutes on the clock, it was fantastic play from Shaun Rooney down the right-hand side as he went on a great run and his cross found its way to Miles Storey in the box and the Caley Thistle winger saw his effort cleared off the line by Jon Guthrie.

In the conditions a deep Livingston free-kick caused problems in the Caley Thistle box but Kevin McHattie was well positioned to clear the ball off the line.

Storey went close again for Caley Thistle on the half-hour mark as he received the ball in the left-hand side and cut inside but his effort was just over the bar.

In the second-half, Caley Thistle started strongly as Tom Walsh saw his low effort from 25 yards go just past the post.

Just a couple of minutes later, Miles Storey went on a great run down the left side and his cross found Sean Welsh in the middle but he lashed his effort wide.

Livi had a half chance of their own after 54 minutes as Souda’s cross found Lawless at the back-post but he had a couple of efforts blocked by Caley Thistle captain Carl Tremarco.

The breakthrough for the home side came on the hour-mark, it was a sliced clearance followed by a clumsy tackle by Lawson on Miles Storey gave Caley Thistle a free-kick in a dangerous area.

It was Sean Welsh who stepped up and his free-kick was curled into the far corner to make it 1-0 to the Caley Jags. A fantastic free-kick to open the scoring.

Caley Thistle stayed strong defensively and chances were at a premium after Welsh’s goal.

Ridgers was called into action as he held a half-volley from Lyndon Dykes with ease but that was the only real chance for the visitors.

Inverness sealed their place in the Scottish Cup Quarter Finals and now look forward to today’s (Sunday 9th February) Scottish Cup draw with is to take place after the Clyde v Celtic tie this afternoon.

The win also booked Caley Thistle’s place in the Scottish Cup Quarter-Finals for the 12th time in 26 years.