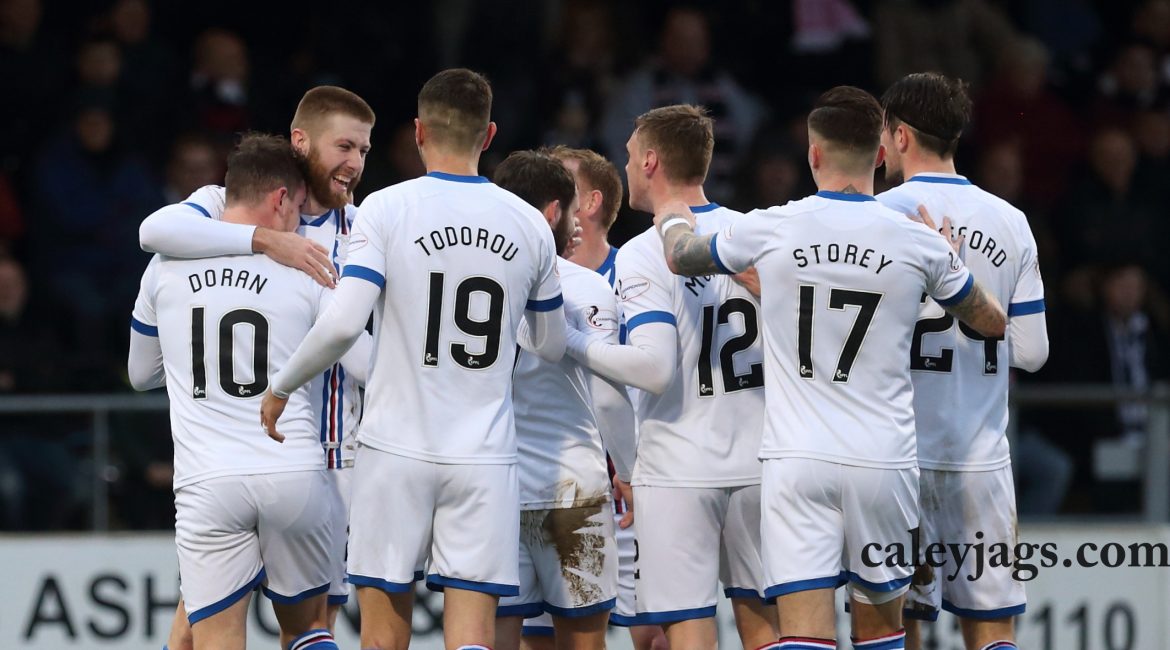 Caley Thistle started 2020 with a 2-0 win at Dens Park, thanks to goals in the first-half from Aaron Doran and James Keatings.

John Robertson made three changes to the side that was beaten by Arbroath last weekend as Carl Tremarco, James Vincent and Nikolay Todorov replaced Jamie McCart, David Carson and Jordan White.

The first chance of the match fell Caley Thistle’s way after four minutes, Miles Storey got down the byline well and his cross found Nikolay Todorov in the middle but the striker saw his effort go over the bar.

Storey was proving a threat down the right hand side as he got another ball into the box but this time Carl Tremarco’s header was gathered by Jack Hamilton.

James Keatings tested Jack Hamilton with a free-kick but the Dundee keeper managed to punch it clear.

Caley Thistle continued their pressure as Charlie Trafford saw his effort from range held by Hamilton after 16 minutes.

The deserved breakthrough came just two minutes later, Kevin McHattie sprayed a glorious cross-field pass into the path of Shaun Rooney, who advanced down the right side and the right-backs cross was thundered into the net by Aaron Doran.

After 24 minutes, Caley Thistle had their second of the match through James Keatings. The Caley Jags broke on the counter attack as Rooney released Keatings through on goal and the forward made no mistake as he slotted past Jack Hamilton to double Caley Thistle’s lead.

Caley Thistle were relentless and almost had a third through Miles Storey as he found some space in the box but his effort was off the side netting and behind for a goal kick.

Caley Thistle made one half-time sub as Miles Storey was replaced by Brad Mckay. Brad would then slot into right-back as Shaun Rooney moved further forward.

Mark Ridgers was called into action early in the second-half as he tipped Jordan Marshall’s effort behind for a corner.

After the hour-mark, Ridgers was alert as he tipped Paul McGowan’s header over the bar.

With twenty minutes remaining, Jordan Marshall saw an effort deflected behind for a Dundee corner but Caley Thistle got it clear.

James Keatings saw his free-kick with seven minutes remaining turned behind for a corner but Dundee got it clear.

The result means Caley Thistle remain second but open up a six point gap on Dundee, who sit fourth.