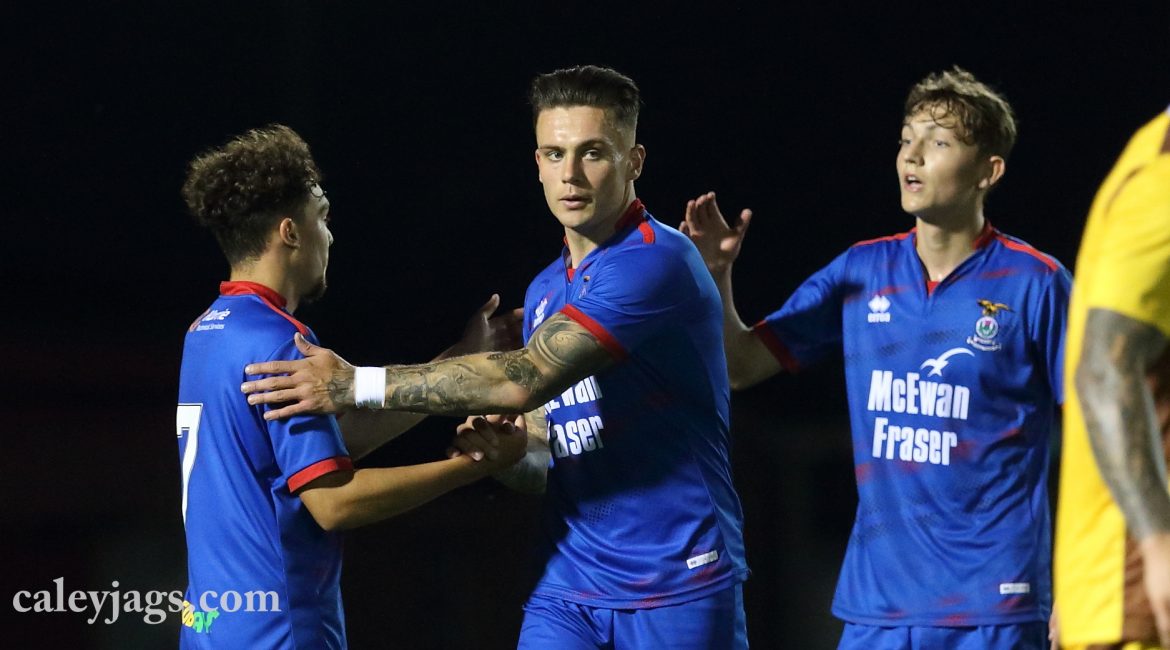 Caley Thistle will face Clachnacuddin or Ross County in the semi-finals of the Pat Munro North of Scotland Cup after they beat Forres Mechanics 3-1 at the Caledonian Stadium, thanks to a brace from Miles Storey and a goal from Roddy MacGregor.

It was a strong Caley Thistle side which took to the pitch and the big news was that Sean Welsh made his first appearance since returning from injury.

Nikolay Todorov had the first chance of the evening after 14 minutes as the Caley Thistle striker saw his effort turned behind for a corner by Stuart Knight.

Cameron Harper then had a free-kick from just outside the box which he fired over the bar.

After 23 minutes, MacGregor and Todorov linked up well but the striker’s effort was deflected wide.

MacGregor then saw his own effort deflected behind for a corner to the Caley Jags, which was taken to Machado and his cross found Storey at the back-post but his header was caught by Knight.

After 37 minutes, Miles Storey found Nikolay Todorov in the middle of the box but his header was wide.

Caley Thistle did get the breakthrough right on the half-time whistle as the as Millar Gamble’s ball fell to MacGregor in the middle and slotted past Stuart Knight to make it 1-0.

At the break, Shane Harkness, who recently signed his first professional deal with the club, replaced Shaun Rooney.

Miles Storey doubled Caley Thistle’s advantage five minutes after the restart as he was played clean through on goal by Lewis Hyde to slot past Knight.

On the hour mark, Forres threatened as Allan MacPhee fired just wide of the post.

On the 68th minute, Roddy MacGregor made Knight work again as he produced a one handed save from a header.

It was 3-0 on the 75th minute as Storey fired a shot past Knight in the box for his second of the match.

Only three minutes later, Forres got one back as Andy Macrae fired in from close range after Cammy Mackay had initially produced a fine save.

Mackay was called into action again late on as he denied Allan MacPhee with a fine save.