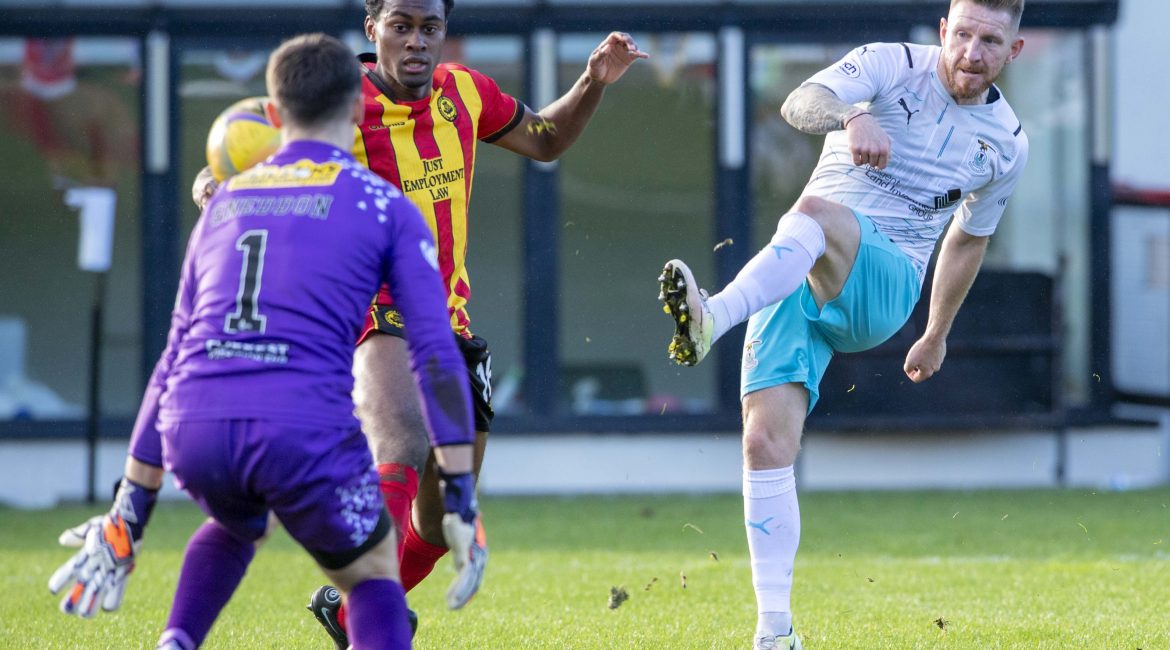 Honours even as Inverness were held to a draw by Partick Thistle at Firhill as Sean Welsh missed the opportunity to put his side ahead from the spot, with Caley Thistle also hitting the bar twice in a frustrating day in Glasgow.

Billy Dodds made two changes to his line-up after the midweek defeat against Arbroath, Wallace Duffy came in for Roddy MacGregor as Scott Allardice was pushed back into his more natural position in midfield. Michael Gardyne also returned to the starting line-up for Manny Duku who dropped to the bench. Ian McCall also made a change as Kyle Turner was dropped for Cammy Smith.

Partick started the game brightly with Brian Graham being granted the first opportunity of the match when he was played through on goal, but the striker could not find the target as he smashed his effort wide of Ridgers goal. Minutes later, Cammy Smith found space for a shot from the edge of the area as he tried to find the bottom right corner, but Mark Ridgers got down to it with a strong hand to turn it away for a corner.

Inverness were able to counterattack from the resulting corner as Walsh was found on the right, cutting inside to allow him a shot on goal where he tried to curl the ball into the far corner but his shot bounced off the post and the Partick defence managed to clear the ball away for a corner.

10 minutes before the break, Michael Gardyne found the ball in the box where he tried to fire the ball past Jamie Sneddon with a powerful left footed strike, but he seen his effort rattle against the underside of crossbar and bounced into the goal mouth where Billy Mckay was there to meet the rebound, however his header was cleared on route to goal.

Caley Thistle started the second half well putting pressure on the Partick defence right away with a few half chances coming to nothing, the attempted clearance from Partick was only far enough to meet Wallace Duffy who tried an effort from range but couldn’t test Sneddon.

In the 61st minute, Inverness were awarded a penalty after Aaron Doran was brought down in the box by Lewis Mayo. Sean Welsh was the man to take the penalty with Jamie Sneddon making himself big on the goal line, the captain tried to tuck the ball into the bottom left corner, but the goalkeeper guessed correctly with a strong hand behind the ball to keep the score level.

This time it was Aaron Doran who tried to beat Sneddon as he tried his luck from outside the box, but the keeper was there again to tip the ball over the crossbar.

In the 82nd minute, it looked as if failed chances were to cost Inverness as substitute Jack Hastie found the back of the net for the home side. However, the linesman ruled the ball to have been out of play on the byline before Rudden’s cross into Hastie.

Roddy MacGregor had a chance to win the match as he met Billy Mckay’s cross across goal but his effort was wide of Sneddons post which was the last action of the game resulting in a point to take home.

Next up is Ayr United as we travel to Somerset Park for our next fixture in the Cinch Scottish Championship.