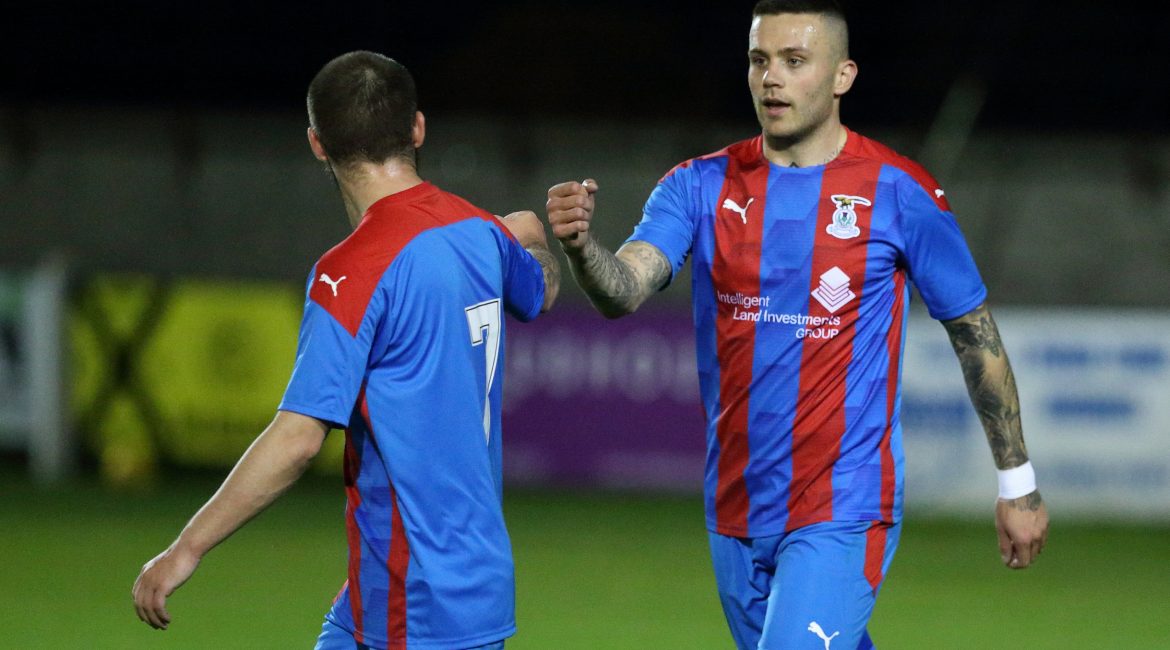 Caley Thistle continued their preparations ahead of the new season as they beat Nairn 7-0 at Station Park as 7 different scorers got on the scoresheet.

Just like the Elgin match on Saturday, Caley Thistle had an early lead through Sean Welsh. It was great play from Daniel MacKay down the left side as his cross found Welsh in the middle and he finished via the post to open the scoring.

After 16 minutes, it was 2-0 to Caley Thistle and this time it was Daniel MacKay with the goal. The ball broke to Mackay in the middle of the box and he did well to finish low pass the Nairn keeper.

After 25 minutes, James Keatings continued with his pre-season goals and this was a great team goal from Caley Thistle. Danny Devine played a fantastic outside of the foot pass to Cameron Harper down the left hand side and he delivered a cross to find Keatings in the middle and he made no mistake in making it 3-0.

The goals kept coming and it was the turn of young Lewis Hyde to get on the scoresheet. He unleashed a long range strike which wrong footed the Nairn keeper to make it 4-0 after 30 minutes.

Two minutes later, Miles Storey and Shane Sutherland linked up for a fifth. Sutherland did well down the right hand side and his cross picked out Storey in the middle of the box, who’s volley was too powerful for the Nairn keeper and into the back of the net.

Caley Thistle continued to press for more goals, Sean Welsh saw his strike from long range fire over the bar.

John Robertson made a further two subs on the hour mark as Scott Allardice and Robbie Deas replaced Cameron Harper and James Keatings.

With 25 minutes to go, Danny Devine saw his effort deflected behind for a corner and Shane Sutherland went close as his header from a Roddy MacGregor corner but was denied by a good save from the Nairn keeper.

With around 10 minutes remaining, Shane Harkness made it 6-0 as a corner fell to him in the box and his header looped over the Nairn goalkeeper.

Just a couple of minutes later, Nikolay Todorov rounded off the scoring with a close range low finish to make it 7-0.