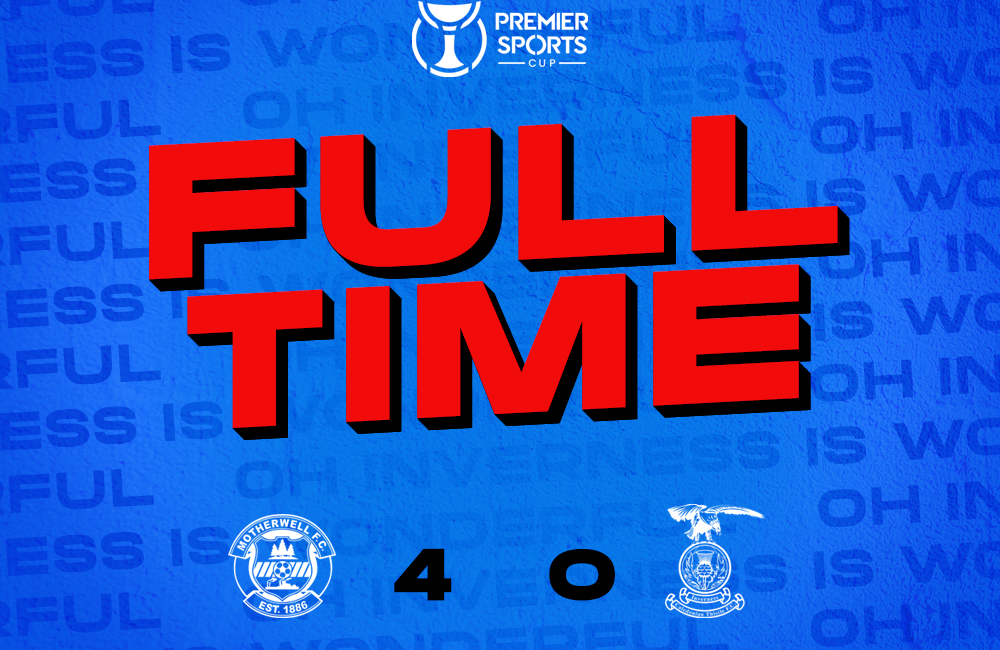 Caley Thistle were knocked out the Premier Sport Cup as they were beaten 4-0 by Motherwell at Fir Park.

Kevin van Veen hit a hat-trick, which included two penalties, and a Danny Devine own goal saw the hosts into the Quarter Finals.

Head Coach Billy Dodds made two changes to the side which were beaten by Morton at the weekend as George Oakley (suspended), Austin Samuels (groin injury) and Steven Boyd (bench) were replaced by Danny Devine, Daniel MacKay and Nathan Shaw.

Motherwell took the lead after just 9 minutes on the clock. Striker Kevin van Veen finished Joe Efford’s cross in the box for the opener.

Motherwell continued to put the pressure on the Caley Jags and the hosts got their second goal of the evening after 26 minutes. It was an unfortunate moment for Danny Devine as he turned Matt Penney’s cross past Mark Ridgers and into his own net.

Billy Dodds made his first change of the match after just 29 minutes as Steven Boyd replaced Nathan Shaw.

Motherwell were awarded a penalty after Sean Goss was tripped in the box. Striker Kevin van Veen stepped up and fired the ball emphatically past Mark Ridgers to make it 3-0.

Caley Thistle made another change at the break as Zak Delaney replaced Roddy MacGregor, who picked up a knock in the first half.

Steven Boyd tested Liam Kelly straight after the restart with an effort from just outside the box, but the Motherwell keeper palmed it wide.

Motherwell were awarded their second penalty of the night after 67 minutes. It looked a harsh call on David Carson as the ball was cleared against him while he was grounded.

Van Veen stepped up for convert to make it 3-0 and to grab his hat-trick.

Mark Ridgers was called into action late on as he denied Ross Tierney’s header with his feet.

Caley Thistle now will face Raith Rovers away from home this Saturday as they look to return to winning ways.