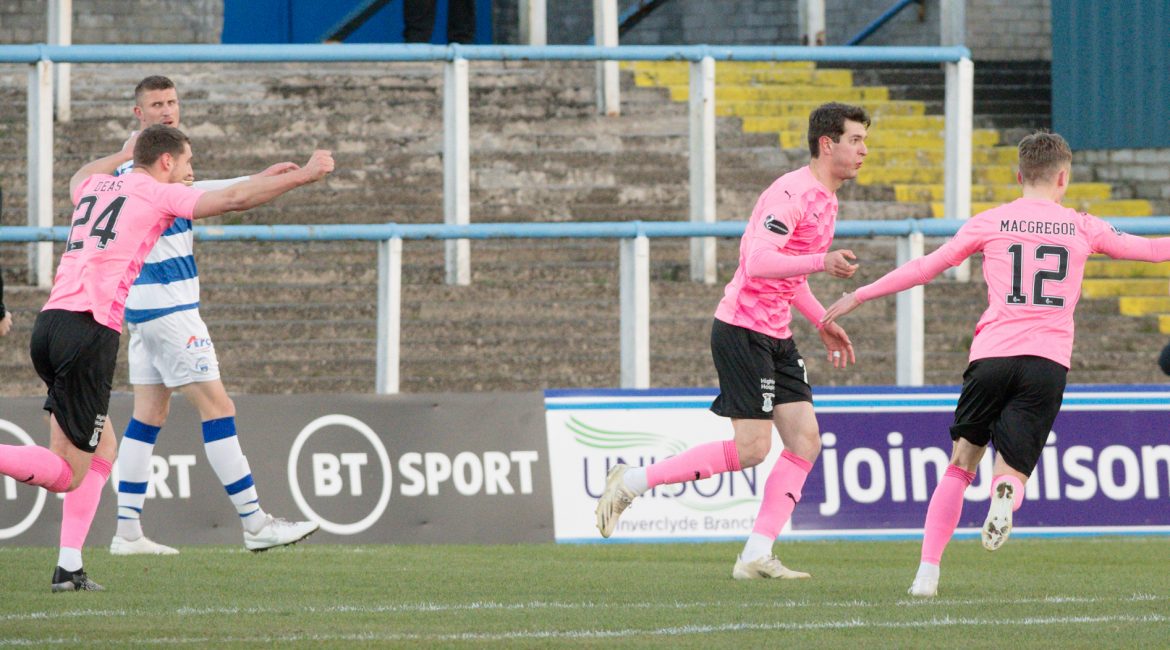 Caley Thistle secured all three points against Morton at Cappielow with a 4-1 thanks to a stunning double from Nikolay Todorov plus goals from Scott Allardice and Daniel Mackay.

Neil McCann originally named an unchanged starting eleven from the side which beat Ross County 3-1 on Friday night but an injury to Sean Welsh in the warm up meant that Roddy MacGregor replaced him from the start. Brad Mckay captained the side in place of Welsh.

Robbie Deas went closest for the Caley Jags after 9 minutes as he met a Scott Allan free-kick in the box but headed over.

Ridgers produced a fine save to deny Michael Ledger as Morton threatened from a corner after 18 minutes.

After 24 minutes, Miles Storey fired wide from distance and he another chance three minutes later as Todorov cushioned down Carson’s cross but he fired over.

After 37 minutes, Caley Thistle were awarded a indirect free-kick from about 8 yards as Aidan McAdams picked up a long back-pass from Stephen McGinn.

The indirect free-kick was touched by Scott Allan and Scott Allardice fired past McAdams with a very powerful effort.

Two minutes later Caley Thistle doubled their lead through a stunning strike from Nikolay Todorov. The Bulgarian striker met a flicked on header from Daniel Mackay and his strike was fired into the top corner leaving McAdams with no chance.

Morton grabbed a goal back after 61 minutes. Robbie Muirhead added to his goal from the weekend against East Fife with a close range finish from inside the box past Ridgers.

Ten minutes later, Caley finish got their two goal lead back through Nikolay Todorov as he got his second of the match with a sensational finish past McAdams.

Todorov met Sutherland’s cross in the middle and on the turn fired past the Morton goalkeeper to make it 3-1.

The scoring wasn’t finished for the Caley Jags there. Daniel Mackay got in on the act with ten minutes left on the clock.