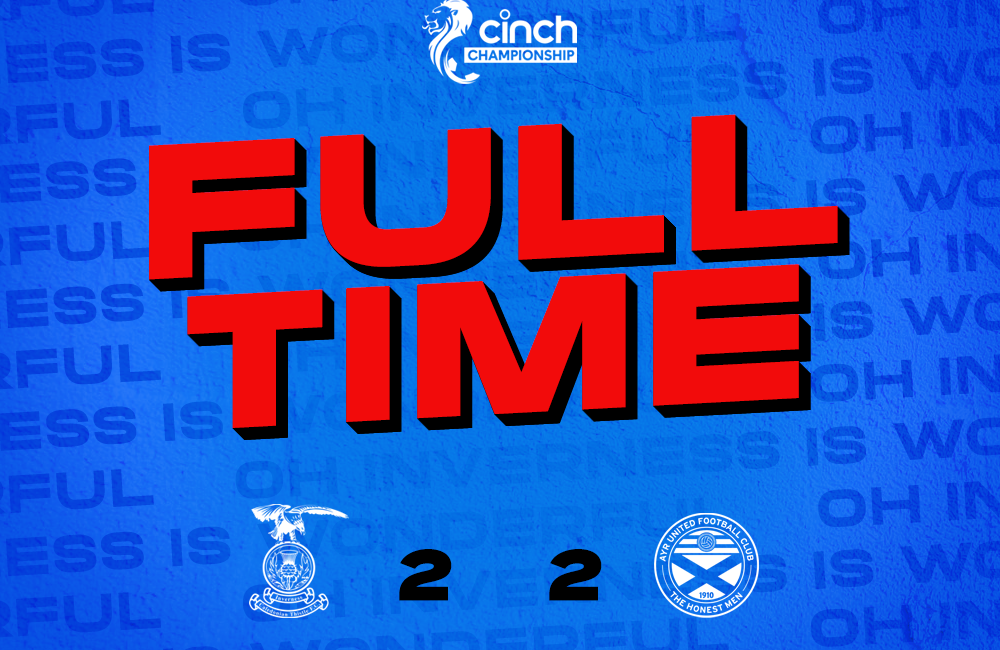 Shaw had given Caley Thistle the lead after just six minutes on the clock but goals from Mark McKenzie and Dipo Akinyemi for the visitors gave them the lead before Shaw’s late strike.

Caley Thistle’s depleted squad was boosted by the return of Danny Devine who replaced the injured Zak Delaney in the starting eleven.

Shaw gave Caley Thistle the lead after 6 minutes as he rounded Ayr United keeper Charlie Albinson after being played through on goal by Cameron Harper’s flicked on header from Danny Devine’s long ball.

Former Caley Jag Logan Chalmers was a late substitute for Ayr in the first half as he replaced the injured Daire O’Connor just before the end of the first half.

Chalmers saw an early effort in the second half saved by Cammy MacKay as he drove through in the middle.

Aaron Doran was then close to making 2-0 to the Caley Jags. His dipping effort hit the top of the crossbar and bounced behind.

Ayr got level after 66 minutes as Logan Chalmers produced a good run down the left side and his cross found its way into the box and eventually landed at the feet of Mark McKenzie to scramble the ball in after Wallace Duffy had initially cleared it off the line.

Ayr too the lead after 82 minutes as from Alex Kirk headed forward a Cameron MacKay goal kick to play Dipo Akinyemi through on goal and he finished well past Cameron MacKay to give the visitors the lead.

Caley Thistle pushed for an equaliser and got one with just three minutes left on the clock. Nathan Shaw met George Oakley’s flick on in the box and he fired past Ayr keeper Charlie Albinson to make the game level.