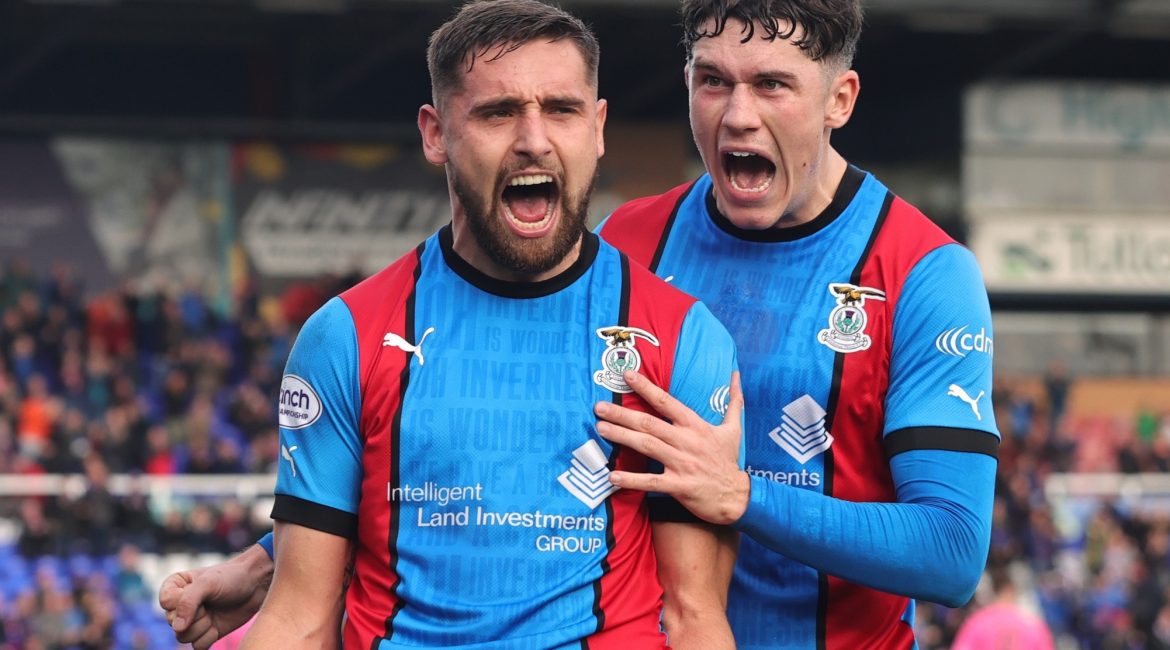 Robbie Deas’ fantastic first-half header earned Caley Thistle a point as they came from behind against Raith Rovers at the Caledonian Stadium.

Defender Deas got his first goal for the club since December 2020 but he was forced off with an injury late on, adding to the injury concerns for Billy Dodds’ side.

Head Coach Billy Dodds named two changes to the side which was beaten by Hamilton on Tuesday as Billy Mckay and Nathan Shaw replaced Aaron Doran and Daniel MacKay in the starting eleven.

Raith Rovers started the match well a took the lead after 13 minutes. Dylan Easton saw his effort cannon off the post and the rebound found its way to Sam Stanton in the box, and after a scramble in the box, he poked the ball past Mark Ridgers to give the visitors the lead.

Rovers looked to double their lead after 19 minutes as Ridgers was called into action to deny Dylan Easton with a great save.

Caley Thistle responded well to going a goal behind and Nathan Shaw looked for an equaliser just before the half hour mark after he met George Oakley’s flick on in the box but the winger’s shot went over the bar.

Caley Thistle did draw level after 38 minutes, Zak Delaney picked out Robbie Deas in the box with a fantastic cross from the left side and Deas produced an outstanding header to loop over Jamie MacDonald for the equaliser.

In the second-half, Raith Rovers started well and Mark Ridgers prevented them from taking the lead as Kieran Ngwenya broke through on goal down the right but the ICT keeper tipped his effort over the bar.

Late on in the game Robbie Deas was forced off with an injury after a clash with Scott Brown.

Deas was replaced by Matthew Strachan and the left-back was called into early action as he produced a fine block to stop Sam Staton’s goal bound effort.

The result puts Caley Thistle top of the Championship on Saturday night by one point with Partick Thistle and Ayr United playing against each other in their game in hand on Tuesday.