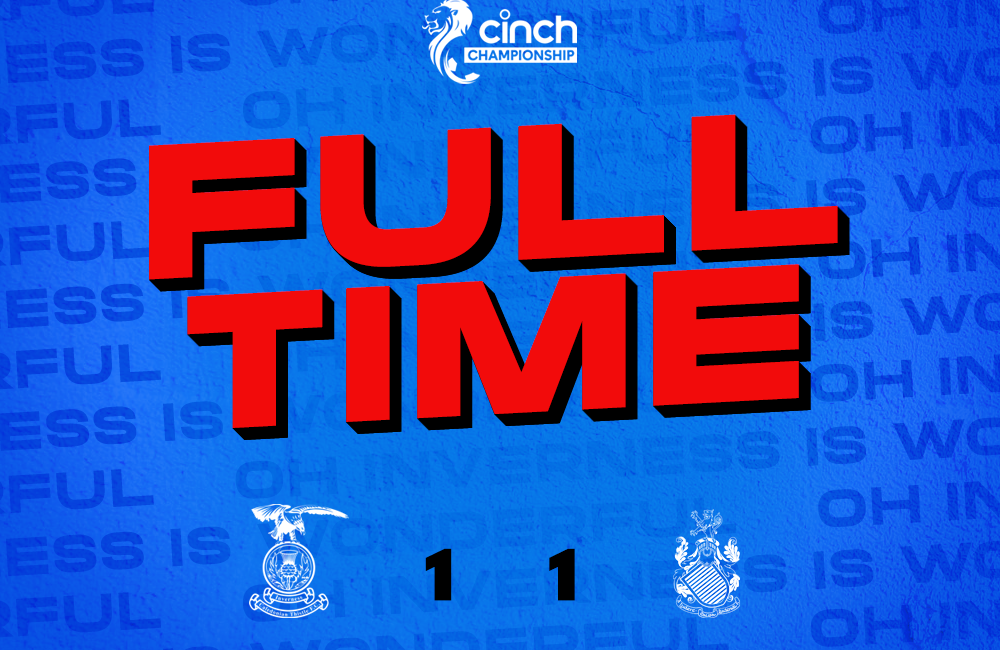 Caley Thistle were held to a 1-1 draw against Queen’s Park on the opening day of the cinch Championship. Billy Mckay’s strike towards the end of the second half cancelled out Jack Davidson’s opener.

Caley Thistle started brightly and Steven Boyd saw an effort blocked by Liam Brown and had a shot moments later go over the bar. Roddy MacGregor then saw his shot held by Calum Ferrie.

Queen’s Park took the lead after 14 minutes on the clock. Jake Davidson went on a run through the middle of the pitch and broke into the box and his shot squeezed under Mark Ridgers.

Queen’s pressed for for a second and Mark Ridgers was called into action as he stopped Josh McPake who was one-on-one.

Caley Thistle got level after 44 minutes on the clock, Steven Boyd’s cross bounced into the path of Billy Mckay on the edge of the box and he composed himself to finish into the bottom corner past Ferrie.

Caley Thistle improved in the second-half and Billy Mckay’s had an early chance for his second but he forced a great save from Ferrie after meeting MacGregor’s pass in the box.

Mark Ridgers was called into action again just after the hour mark as he denied McPake after a swift Queen’s Park counter attack.