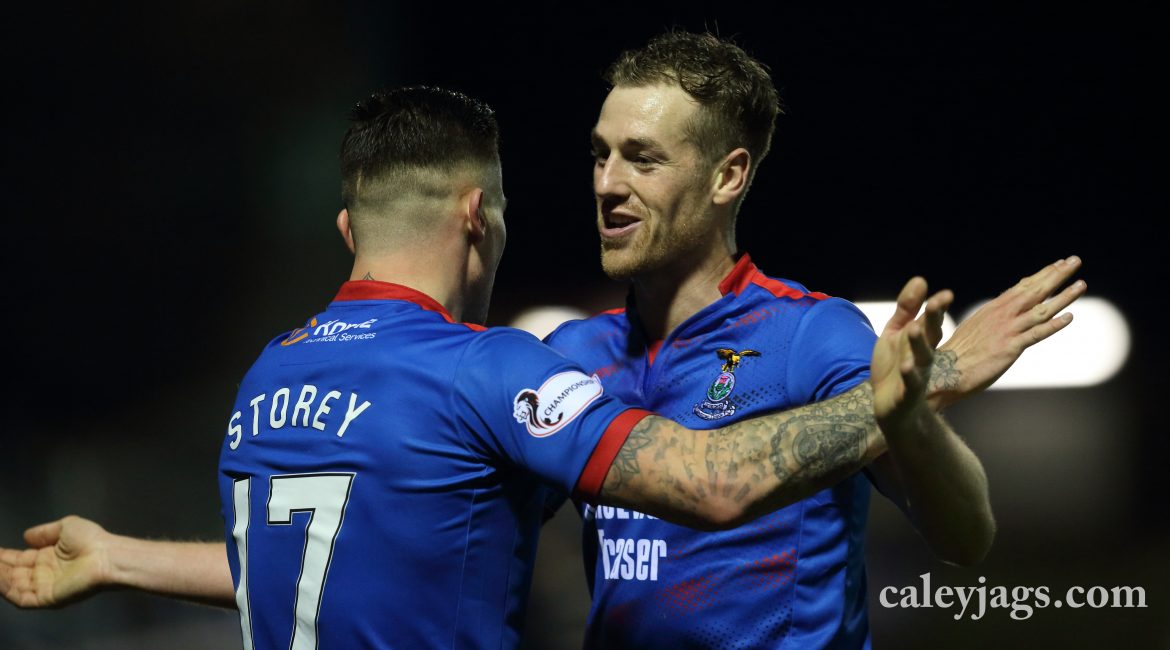 Caley Thistle beat Ayr 2-0 at the Caledonian Stadium thanks to goals from Jordan White and Miles Storey.

The first chance of the match fell to the Caley Jags, James Keatings’ corner finds Jordan White in the middle but his header was over the bar.

One minute later, Aaron Doran was brought down by Aaron Muirhead right on the edge of the box but nothing was given by referee Gavin Ross.

Caley Thistle had the lead after 20 minutes, David Carson played a fine pass through to Jordan White and he took a superb first touch and fired low into the bottom corner.

Just before the break, Miles Storey unleashed a strike from the edge of the box which Doohan had to tip behind for a corner.

In the second-half, James Keatings found Aaron Doran on the edge of the box but the Irishman’s effort was just wide of the mark.

After 56 minutes, Alan Forrest went close to levelling the game for the visitors as his effort trickled past the post.

After 63 minutes, Miles Storey doubled Caley Thistle’s lead as the forward went on a fantastic 40 yard run down the left hand side and he slotted past Doohan from close range.

With twenty minutes remaining, James Keatings linked up with Aaron Doran and the Irishman forced a fantastic save from Ross Doohan.

Four minutes later, Doohan produced a fine stop to deny James Keatings from just inside the box as he was set-up after brilliant work from Storey down the right hand side.

With ten minutes remaining, Mark Ridgers was called into action as the Caley Thistle number one came off his line quickly to deny McKenzie from close range.

After 87 minutes, Nikolay Todorov came very close to scoring with his first touch of the match as he met James Keatings’ corner in the middle of the box but an Ayr defender headed off the line.

Man of the Match: Miles Storey