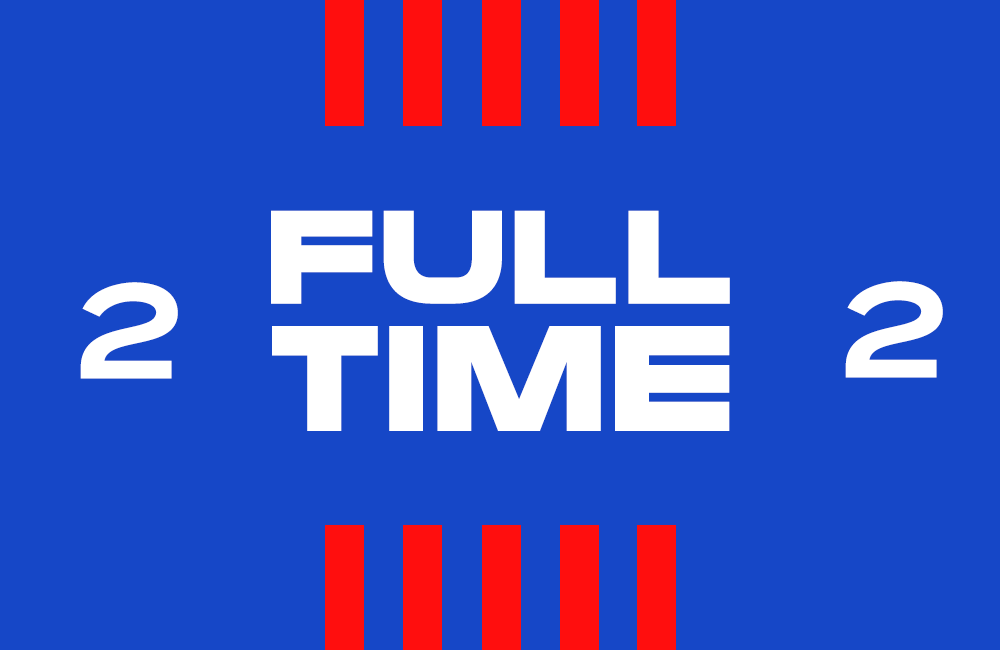 Ayr United came from behind twice to hold Caley Thistle to a draw in an end-to-end game at Somerset Park.

It was an unchanged line-up for Billy Dodds after last weeks convincing performance against Partick Thistle, with Tom Walsh lining up against his former side on the right wing. The home side made two changes after their defeat last weekend with Jim Duffy bringing in Afolabi and McKenzie into the squad with Salkeld and Houston dropping to the bench. Joe Chalmers also started in the Ayr United midfield against his old club.

It was a quiet opening 10 minutes with both sides settling into the game and most of the football being played in the middle of the park, resulting in neither side really creating any chances.

Just a minute later, Inverness continued to pile the pressure on the home defence when Tom Walsh’s original cross was blocked before it fell back to the winger where he dinked the ball into Sean Welsh, allowing the captain to nod home a downward header into the bottom left corner past McAdams to give his side the lead.

Ayr United looked for an instant response from kick off when a bit of a defensive mix up allowed Adeloye a shot at goal, but his effort was deflected away for a corner. Andrew Murdoch took the resulting corner from which he found Joe Chalmers at the back post who struck the ball into the back of the net from close range, levelling the scoring against his former team.

Ayr gained confidence from the goal and looked to add another as Adeloye found space to run in the middle with his teammate also in space on the right, Danny Devine’s excellent jockeying was enough to delay the strikers decision making as Robbie Deas got back to intercept with a slide challenge.

In the 26th minute, Michael Gardyne picked the ball up on the left wing and cut inside on his right foot as he looked to cross the ball into Billy Mckay in the box, but a goalkeeping mishap seen his cross bounce awkwardly in front of him and into the back of the net to give Caley Thistle the lead once again.

A close-range free kick was awarded to Caley Thistle around 5 minutes before the break, with Aaron Doran being the man to stand over it. His effort was close as he tried to curl the ball into the bottom right corner.

The final opportunity of the half came to Ayr as a Joe Chalmers cross was met by Reading in the box, but his header was fired over the bar.

8 minutes into the second half seen the home side levelled the scoring once again, great play out on the right from Afolabi before whipping the ball over to the left to find Patrick Reading running down the wing. The full back was in space and had plenty time to set himself up for a shot as he picked out the bottom left corner with a low effort past Ridgers from the edge of the box.

Caley Thistle looked to for an instant reply, a quick one-two between Mckay and Gardyne allowed the striker to try a dink over McAdams but Mckay’s cheeky effort was well blocked by the sliding defender. A moment later the ball broke to Gardyne in the danger area but his effort was somehow kept out on the line by the goalkeeper.

67 minutes in, Aaron Doran found the ball on the edge of the box and looked to try a shot however he instead picked out a running Tom Walsh in the box who tried a volley from a tight angle but McAdams was there again to palm away the shot for a corner.

The resulting corner was cleared by Fjortoft only as far as Doran waiting on the edge of the box who headed the ball back into the danger zone where McAlister collided with Broadfoot however, claims for a penalty were waved away.

Ayr tried to capitalise via counterattack as Afolabi was found up the pitch, allowing himself to cut inside and shoot on his left foot. His effort was curling into the bottom left corner but a fully stretching Ridgers managed to keep the strikers shot out of his net.

Substitute Roddy MacGregor was instantly involved through excellent tracking back from his loss of possesion in the centre of the pitch. The midfielder found his fellow substitute Duku who charged at the home defence towards goal but Fjordoft did well to stop the attack and clear the ball for a throw in. Broadfoot picked up the ball from the resulting throw on the edge of the box and tried a long shot which he fired wide.

In the final 10, good build up play between MacGregor and Duffy before the right back found Billy Mckay in the box but the striker couldn’t get enough power behind his effort to trouble McAdams in the goal, keeping the final score level to give the Caley Jags another point on the road.

Next up is Dunfermline Athletic back at the Caledonian Stadium in our next fixture in the cinch Scottish Championship.