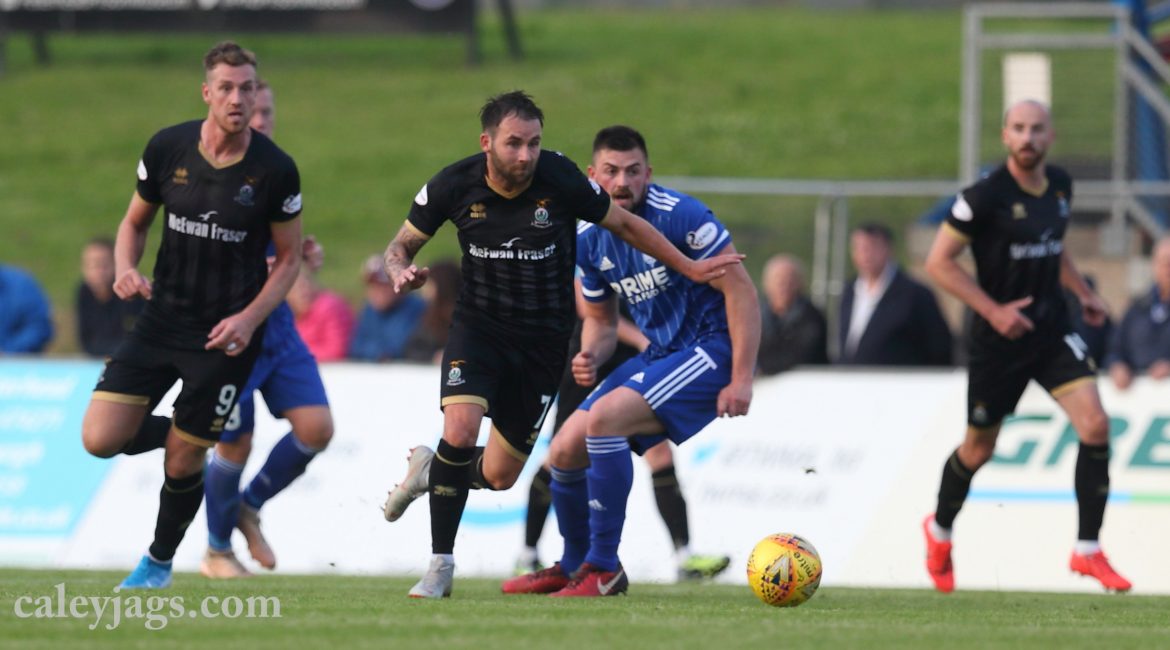 Caley Thistle drew 0-0 with Peterhead at Balmoor Staidum in their first match of the 2019/20 season. Peterhead won a dramatic penalty shootout 11-10 to secure the bonus point.

The first real chance of the game fell to James Keatings after six minutes. Coll Donaldson’s ball was held up by Jordan White who played it back to Keatings and his effort was deflected into the gloves of Fleming.

White and Keatings linked up well again after 17 minutes and this time Keatings played in White and the striker saw his effort pushed wide of the post.

The Caley Jags created another opening after 35 minutes, Jamie McCart’s ball forward was well held up by Keatings as he set up Jordan White but the striker lost his footing before he could get his effort away.

Just before the break, Gary Fraser saw his effort go just wide for the hosts.

At the break, the Caley Jags made one change as Brad Mckay was replaced by James Vincent as David Carson moved to right-back.

Peterhead started the second-half strongly and Mark Ridgers was called into a big save early on as Stevenson drove into the box and shot but Ridgers saved with his legs.

Caley Thistle were close to having the lead after 54 minutes. Second-half sub James Vincent hit the post from close range with a header after meeting a great ball from Tom Walsh.

Just after the hour-mark, Ridgers was forced into a superb save as Smith cut inside and unleashed an effort from inside the box.

Just four minutes later Ridgers was called into action again as he produced a brilliant one handed stop to deny Brown.

At the other end, Fleming produced a fine bit of goalkeeping to keep out Jordan White. The Caley Thistle number 9 met a fantastic cross from Walsh in the middle of the box but his header was somehow kept out by the Peterhead keeper.

With twenty minutes to go, Ridgers produced another fine save as Dunlop meet a Peterhead corner but the Caley Thistle keeper pushed it over the bar.

The game finished 0-0 and since it resulted in a draw it went to a penalty shootout for the bonus point.

All ten outfeild players scored for each side meaning it came down to the goalkeepers. Mark Ridgers stepped up first and his effort went wide.

Greg Fleming then stepped up for Peterhead and slotted his penalty home to win the shootout and the bonus point.