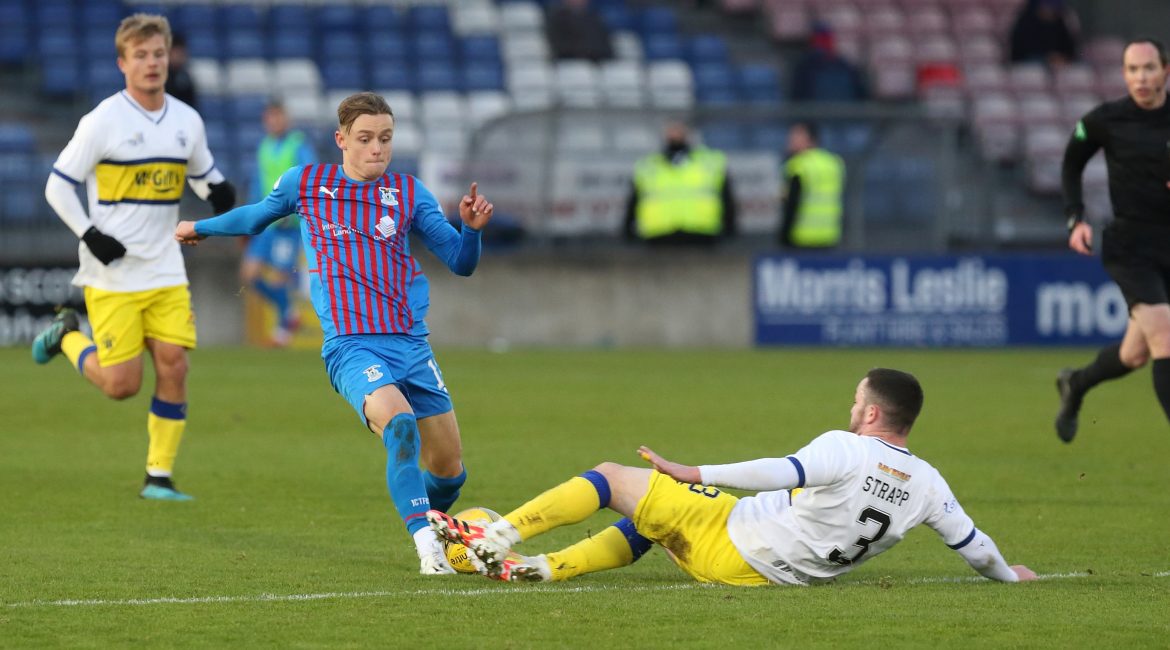 Gavin Reilly’s late equaliser forced a replay between Caley Thistle and Morton in the third round of the Scottish Cup after Billy Mckay had given the Caley Jags a first-half lead with his 10th goal of the season.

Head Coach Billy Dodds named an unchanged side from Friday’s 2-1 win against Queen of the South at Palmerston with Tom Walsh and Sean Welsh returning from injury to make the bench.

It was a fast start from the Caley Jags as Reece McAlear met Aaron Doran’s corner in the box but the midfielder couldn’t keep his volley down and his effort went behind for a goal kick.

Morton had a chance of their own with 3 minutes on the clock, Oksanen’s pass found Gary Oliver on the edge of the box and his effort went behind after clipping the post.

Caley Thistle were close to having the lead after 8 minutes, MacGregor and Allardice combined down the right side and Allardice’s cross found Sutherland inside the box but his header was saved at point blank range by Jack Hamilton.

Caley Thistle continued to put the press on as MacGregor found McAlear on the edge of the box and his effort was deflected behind for a corner after 11 minutes.

The Caley Jags then got the opening goal of the cup tie.

The resulting corner found its way to Kirk Broadfoot on the right hand side and his cross wasn’t full cleared by the Morton defence and Shane Sutherland kept it alive in the box and it found Billy Mckay to prod the ball home from close range as he beat Jack Hamilton to the ball.

Morton reacted well to going behind and Ugwu was denied by Ridgers after 21 minutes as Devine’s clearance fell to the striker in the box. Ridgers then had to be on hand to turn an effort from range behind by the striker 6 minutes later.

Just before the break, Lewis Strapp met Michael Ledger’s cross in the middle but his header was wide.

After the restart, Gary Oliver met a corner in the middle of the box but his shot was deflected behind.

With 67 minutes on the clock, Shane Sutherland saw another header turned behind. Sutherland met Carson’s cross in the middle of the box but was denied by Jack Hamilton.

Morton levelled the game with 9 minutes left in the match through Gavin Reilly. Jack Hamilton’s kick was played into the path of Gavin Reilly and the striker raced through on goal and slotted the ball past Ridgers. Kirk Broadfoot looked to have been fouled in the build up but nothing was given by the referee.

The result means the sides will have to do it again at Cappielow Park on Tuesday 7th December , 7:45pm kick-off.