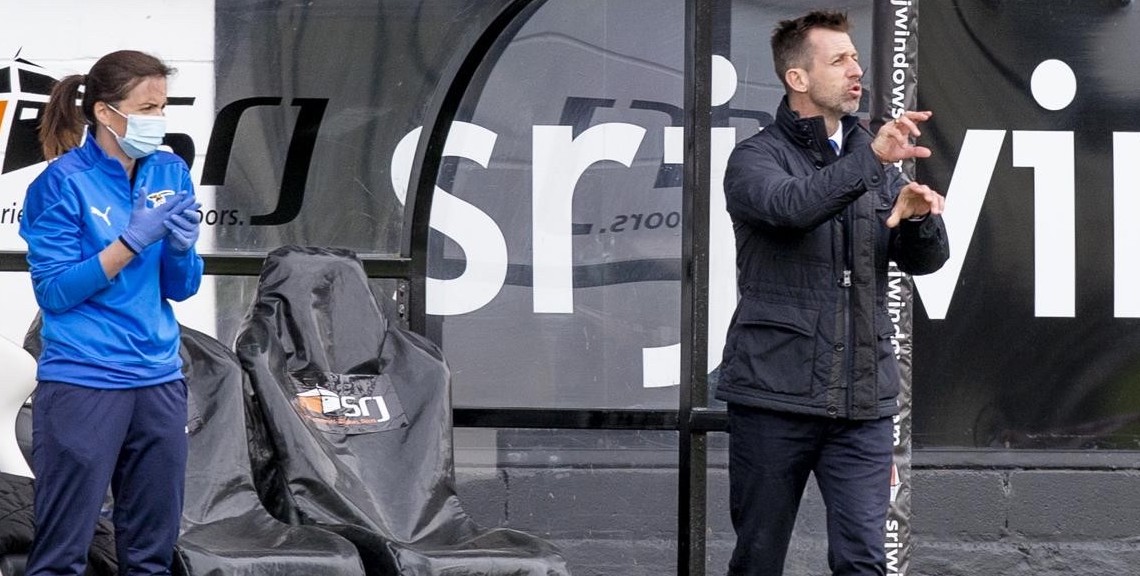 “I said to the players I’m so proud of them. That’s our seventh game in under a month and our third clean sheet in a row.”

“We’ve kept two clean sheets against Raith and one against Dunfermline. They are in the changing room delighted, they are out on their feet, there’s not much left in the tank.”

“I don’t think anyone can say we didn’t deserve that today. We got the three points from an unbelievable goal from David Carson, who I though was magnificent today.”

“I thought all round we looked a proper unit and a team that was prepared to do everything for each other. I’m delighted today.”

“The boys have turned it around. We’ve changed our shape because I looked at them and thought they needed something a little different. It’s just one that makes them feel secure out of possession.”

“I’m just so happy for the players. They’ve been asked to keep going and going without any real time on the training pitch so the wee bits of information are getting into them, it’s important it’s the right information.”

“They’ve not got much time to recover because we go again on Tuesday night in the Scottish Cup but they’ll be well happy going up the road.”

“Big Wallace Duffy was tired and needed a rest. I felt like David could have excelled in that position. He’s so tenacious and burns energy constantly. He gets into those positions and I’m not sure anybody thought he’d produce that piece of magic.”

“The little drag inside, then we thought he was going to take it with his left but he just opened his body up and reserved it and it was a brilliant finish.”

“It’s really difficult to signal anyone out today because as a team performance that takes some beating.”