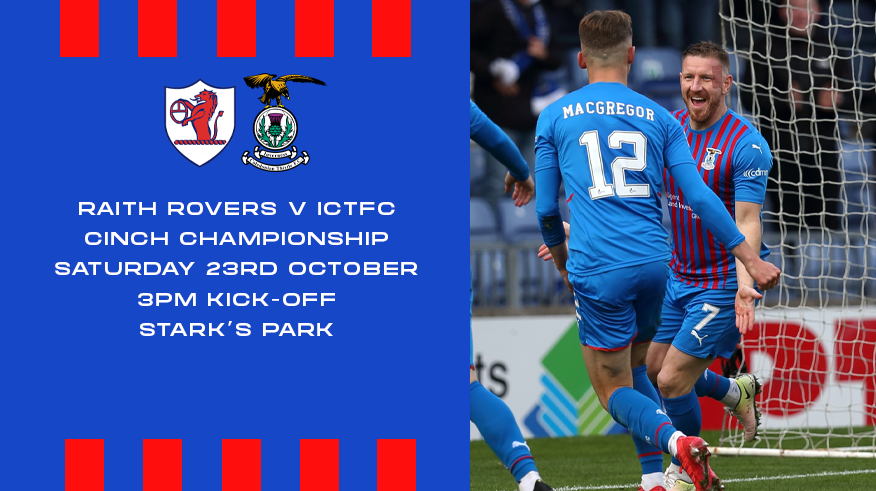 “Probably one of the best footballing sides in the league, and that’s taking nothing away from my own team we can play too.”

“John McGlynn likes to have his fullback further forward; he likes his players in the final third to go and get the ball and bounce little one-twos. He’s coached them really well; they get forward really well from midfield and retaining the ball there and they are solid at the back.”

“They’ve had a great run and that’s why they are up into second place, and they are going to be a tough opponent for us. We are going to have to be at our very best to take anything from this game.”

Inverness fans can purchase tickets for the match at Stark’s Park online now via https://embed.futureticketing.ie/c/raith-rovers/

Away fans will be housed in the McDermid Stand. Fans are encouraged to purchase tickets online in advance of the match. An e-ticket will be emailed which can be downloaded and shown at the turnstiles on a phone or printed.

Tickets are priced at:

Wheelchair users should contact the club direct on 01592 263514 to purchase tickets.

Supporters Travel Club Bus leaves the Stadium at 10am this Saturday, picking up in Aviemore and Pitlochry.