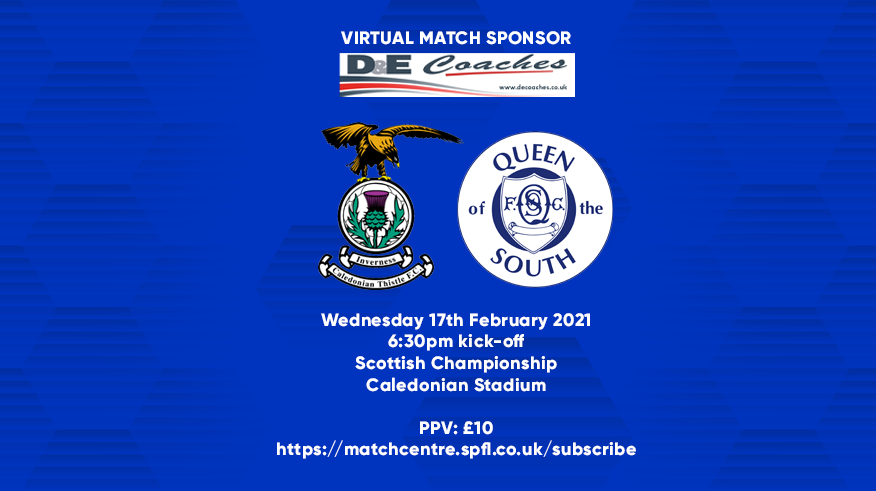 ICTFC v Queen of the South

This Match will cost £10 for PPV and will be live on: https://matchcentre.spfl.co.uk/subscribe

“I was impressed with Queen of the South against Hearts on Friday. They went back to a shape they used earlier on in the season, they sit in, bring you onto them and use their pace on the break.”

“Connor Shields has been outstanding for them when they had that little run of games undefeated, they’ve brought in the likes of Jones and Mebude who are very quick. They’ve got three guys in particular who are very quick and that’s what they do, they bring you onto them, they defend stoutly and try to hit you on the break.

“We’ve got to be aware of that and it is something that we’re working on in training. What we’ve got to do is show our threat on the ball, get our wide men and fullbacks at them like we did at Queens and take our chances.”

John Robertson said: “We lost two players to injury on Friday. Aaron Doran pulled a thigh muscle and Anthony McDonald twisted his knee so those two will be out for the foreseeable future.”

“That was a blow, Anthony just turned on the indoor arena, nobody near him, the studs got caught and looks like he’s damaged his cartilage.”

“Aaron Doran, with virtually the last kick of the game in training, has had a shot and had a pain in his thigh and it looks like he’s got a slight tear.”