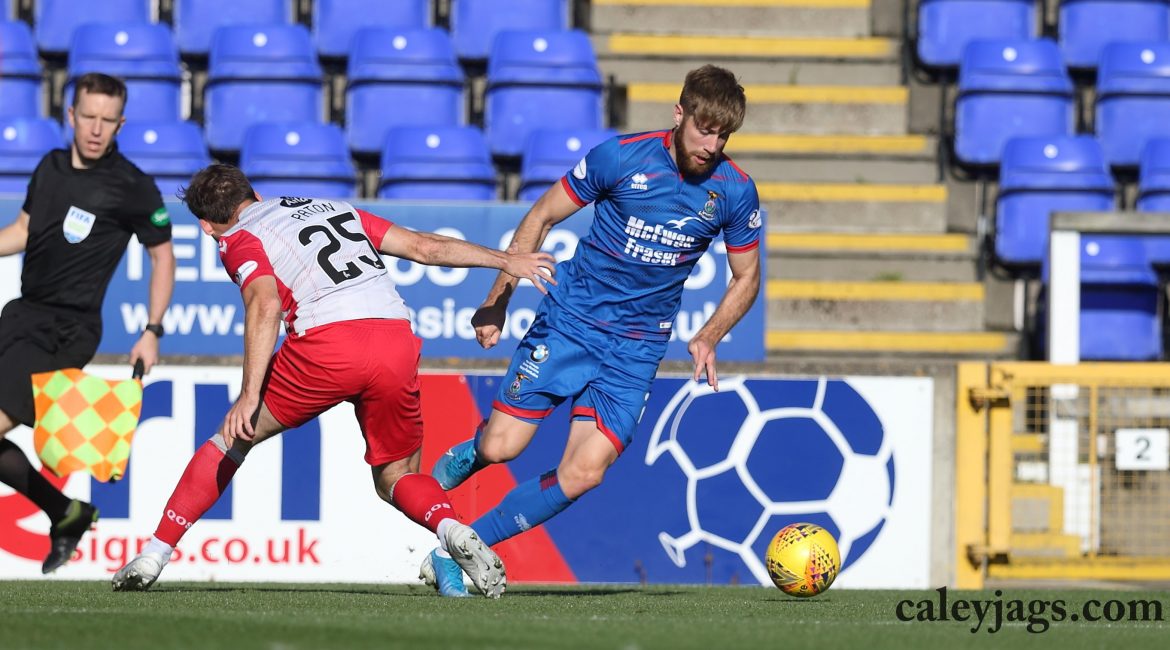 Caley Thistle are in home action again this Saturday as they face Partick Thistle in the Ladbrokes Championship.

“We’re looking forward to it, it’s another tough fixture. Partick have a new manager, you expect them to get a bounce. I don’t think Ian [McCall] was expecting too much from the game against Celtic.”

“They played very well to be fair to them, I think the early goal in the second-half killed them and their heads dropped. Ian’s already said this game is much more important, he’ll come here with an attacking intent as that’s the way the plays.”

“He was very successful with Ayr and I’m sure he’ll be with Partick too, it’s a club which is close his heart and it is a very good fit. While it is sad for Gary Caldwell to lose is job, it’s a very good appointment for them in my opinion.”

“I think he’ll freshen things up, I think he had that in mind against Celtic as he left three or four lads out. I’m sure he’ll bring those three or four back to freshen his team up. I’m sure he’ll give a fresh approach, fresh impetus, to Thistle. He’s been there before, he from that area, he knows the club, the owner and the backroom staff very well.”

John Robertson said: “It’ll be the same squad from the last match to pick from.”

“Brad Mckay is back in full training but he needs games, Brad won’t be considered until he has a couple of 90 minutes under his belt. Will all thing being equal and if he continues to progress the way he is, himself and Mitch Curry could feature in the North of Scotland Cup final.”

Tickets available from the Club Shop, over the phone on 01463 222880 and online from https://ictfc.tickethour.co.uk