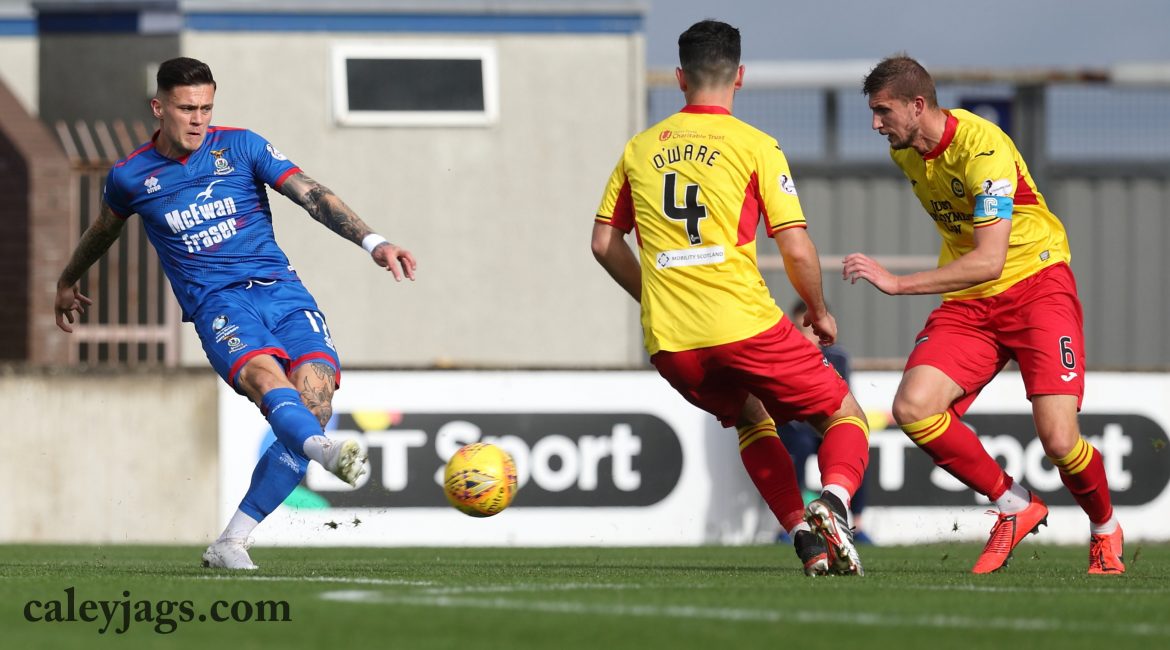 “We know the difficulties that Thistle can cause, we played well against them in the first-half in the last game but we dropped off in the second-half and they punished us.”

“We made basic errors, we have cut that out of our game in recent weeks which has been very pleasing. If we do that on Saturday we have every chance of getting all three points, because we’re on a good run of form, the confidence is there, it’s a tough place to go but it is a place that we’ve enjoyed decent results.”

“We’re on a good run of form, we’ve cut out the mistakes that plagued us earlier on the season when we lost games. The last game against Thistle game is the perfect example of that as their second goal is seconds into the second-half and it knocked us back a bit.”

“However, we’re in a good run of form, we’re being positive, we’re scoring goals and we’re keeping clean sheets, which is very important. We’re under no illusions how tough it is going to be but we’re going down to Thistle buoyed by the current form.”

John Robertson said: “Brad Mckay is back in training. James Vincent, Tom Walsh and Sean Welsh are still out.”

Tickets available from Firhill on the day of the match.

Cash gates will be available at turnstiles 40&41 and located in the Jackie Husband Stand.

The ICT Supporters Travel Club are running a bus to Firhill this Saturday, the Bus leaves the Social Club at 9.45am and the Stadium at 10am.