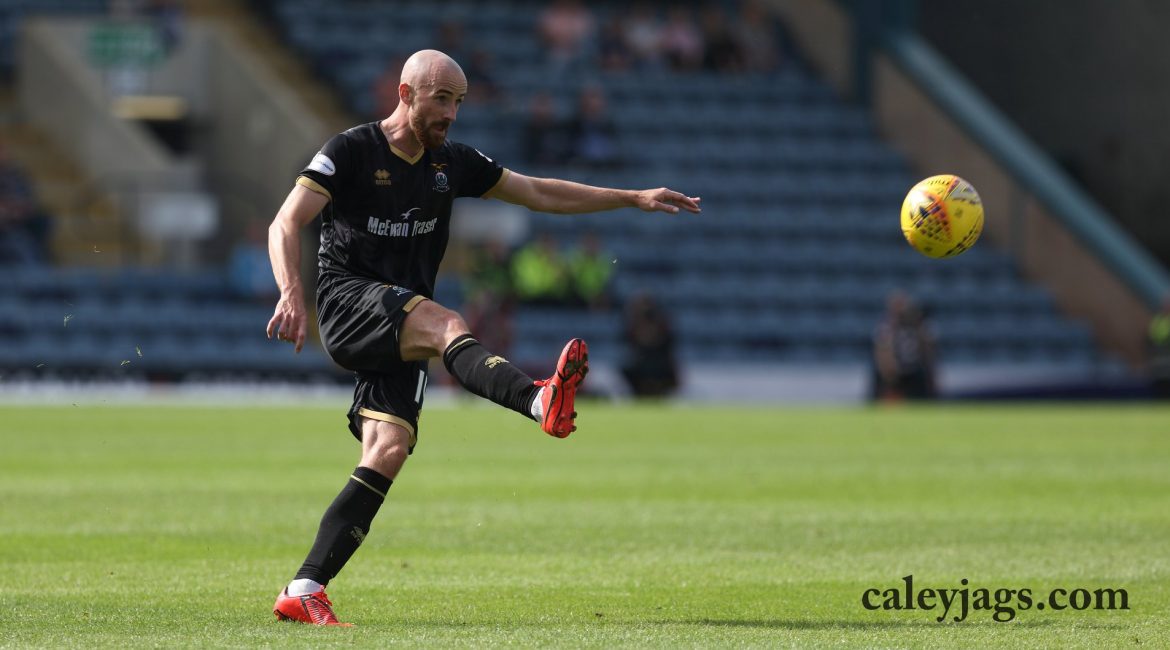 “We’re looking forward to it, we faced them in the cup, it was a very even game but they deserved to win the match in the end, they did enough.”

“We’ve looked at the video analysis, in respect of what they were good at on that particular day, what we can do that stop that and what we can do in possession of the ball.”

“We felt we let ourselves down, especially in the second half as we didn’t cause enough problems. We’ve been working on that aspect of our game and we go there full of confidence.”

“We had a taste of them in the Betfred Cup, we didn’t quite get the result we wanted on the day, it was down to a mistake on our behalf.”

“In that game we didn’t quite hit the heights we can do, what we’ve shown and what the squad is capable of.”

“So we’ll be going into the weekend looking to capitalise on that to get a good performance and a good result.”

Dundee were relegated last season from the Scottish Premiership and have began to rebuild under new boss James McPake. Dundee have added Josh McPake to their ranks as he joined recently on loan from Rangers. Dundee were narrowly beaten at Dens Park last weekend in the Betfred Cup by Aberdeen, with the Dons winning the match after extra time.

John Robertson said: “For Brad Mckay, we’ve found that after a scan he’s got a cracked vertebrae in his back so he may be out for a few weeks. Sean Welsh, he played 90 minutes but he’s probably not ready just yet to be involved in the squad. Charlie Trafford picked up a knee knock in training. Those three are certainly struggling or won’t be involved on Saturday, but should be sooner rather than later.”

Tickets are available from the turnstile at Dens Park

The ICT Supporters Travel Club are running a bus to Dens