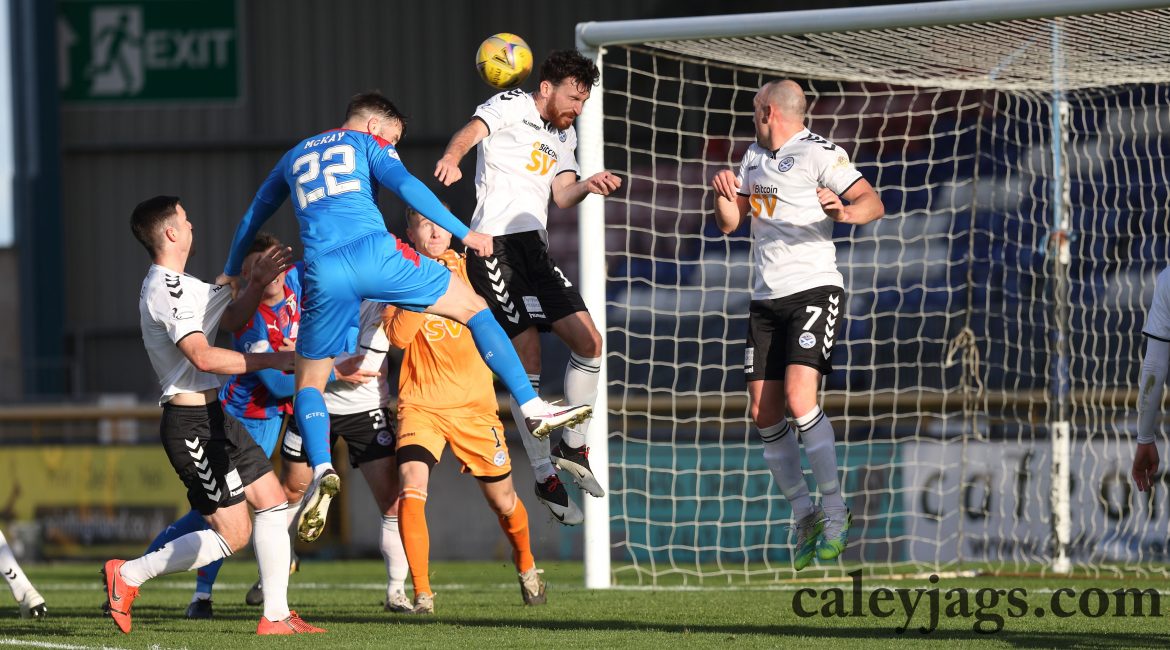 “Somerset Park has been ok for us, I think we’ve only lost once in past half a dozen times we’ve been down there.”

“We’ve always had to dig deep and work hard. That’s what we’re going to have to do again on Saturday. We’re prepared for that and looking forward to it.”

“One thing the four matches, which started against Queen of the South, gives us is a chance to pick up momentum and pick up match sharpness.”

“That’s why there will be changes because it is important that everybody gets a run of games, as everyone will be required from now until the end of the season.”

John Robertson said: “Anthony McDonald is going for a scan on Monday. We’re hopeful it isn’t as bad as first thought.”

“With Aaron, his injury has settled down quite quickly so we’re hopeful it’s not going to get the full six weeks it may be a shorter time than that.”

“James Vincent picked up an injury in training. He pulled out of training on Tuesday with a sore thigh, so wasn’t available for Wednesday’s game and probably won’t be available for Saturday’s game but may come back into the reckoning next week.”