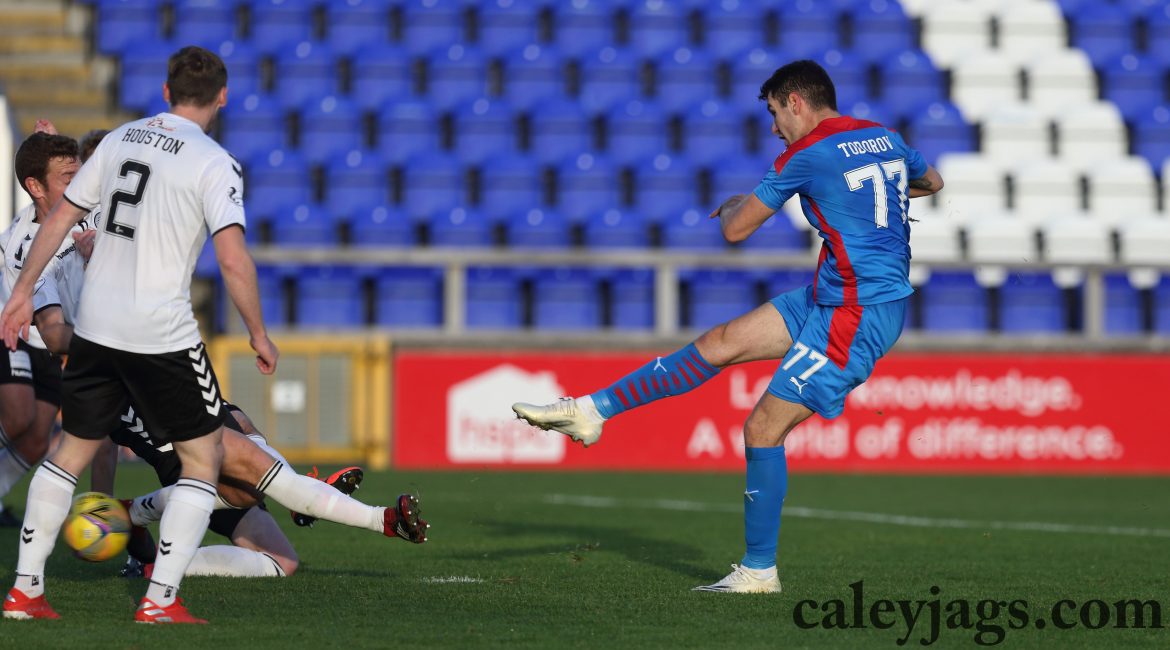 “Arbroath put in a good display and had the better chances against Hearts in the first half. These are the ones where in any game, but particularly when you are playing the bigger sides in the league, that you need to take.”

“It took a couple of great saves from Craig Gordon to stop Arbroath getting something, Dick Campbell did his usual and had done a very good tactical job and they had to push forward after they lost their goal to get an equaliser.”

“They beat us twice last season, we are under no illusion of how tough a game this is going to be, they beat us home and away. We know it is going to be a difficult match, the point we got last week was well deserved.”

“We felt we had chances, particularly in the first-half that we could have been clear in the game but considering the options we had available, it was a tremendous effort from the players.”

“It must have been one of the youngest ever Inverness teams which finished the game as we had five 18 year olds and three 21 year olds in the final eleven as we pushed for an equaliser.”

“We move on to this week, we’re hopeful that we can push on and build on last weekend’s good display and take our chances this week.”

John Robertson said: “We’ve got a couple that trained today [Thursday] that we’re hopeful about. Last week we had 11 out and 9 of them were sitting in the stand, they were all players that you would be quite comfortable with playing.”

“It’s not an excuse for us, because the rest of the players have come in and done a good job. We have got some really good young talent here, who are stepping up to take the opportunity to play and they are embracing that.”

“What we continue to say to the players is, if you’ve got the jersey then we will have 9 senior pros coming back at some stage but that doesn’t mean they walk straight into the team. If we play like we did last Saturday we will be absolutely delighted, the effort they gave was tremendous and it would’ve been a travesty had we not taken anything.”

“We have loads of games coming up thick and fast. We have Arbroath this week, Hearts next week then two games in four days against Raith Rovers and East Fife in the League Cup. We hope that after 5 o’clock on the Saturday of the East Fife game, that we’ll have the majority of our players back having played a lot of minutes under their belt going into the next phase of the league action.”