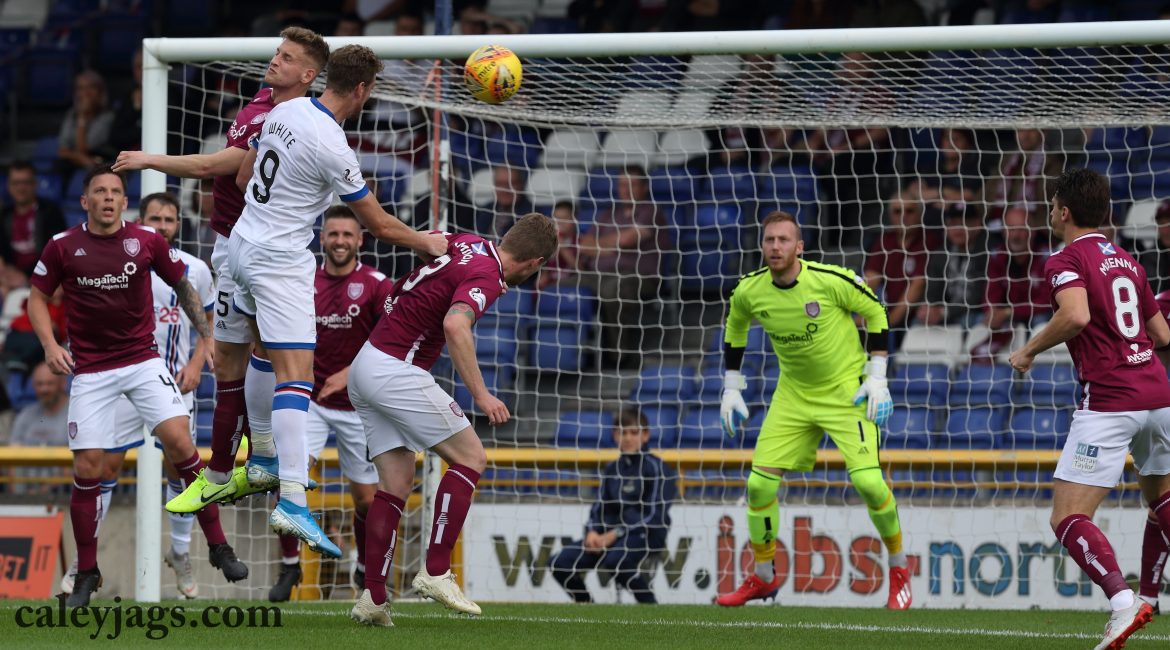 “We need to get back on track again, we’ve said that to the lads. There wasn’t much in the game against Dundee United but we missed crucial chances at crucial times and they took theirs.”

“We need to get back on the winning tack, we said it’s not fatal at this stage of the season but we just need now to amass as many points as we can from now going into the last quarter to give ourselves a fighting chance.”

“We have to go to a tough place, people talk about the wind but it’s normally a very good surface. We go down there to face a team that is playing very well and we go there to get three points.”

John Robertson said: “We’ll have a regroup on Friday, several players have contacted some sickness bug. Two or three have had it early in the week are feeling a bit better, two or three aren’t feeling that great and one or two will probably already be ruled out.”

“We’ll just have to look at it on Friday and see where we will go from there.”

Arbroath operate cash only operated turnstiles. You do not need to buy a ticket in advance.

The ICT Supporters Travel Club is running a bus to Gayfield, Bus leaves Social Club at 10.15am Stadium 10.30am