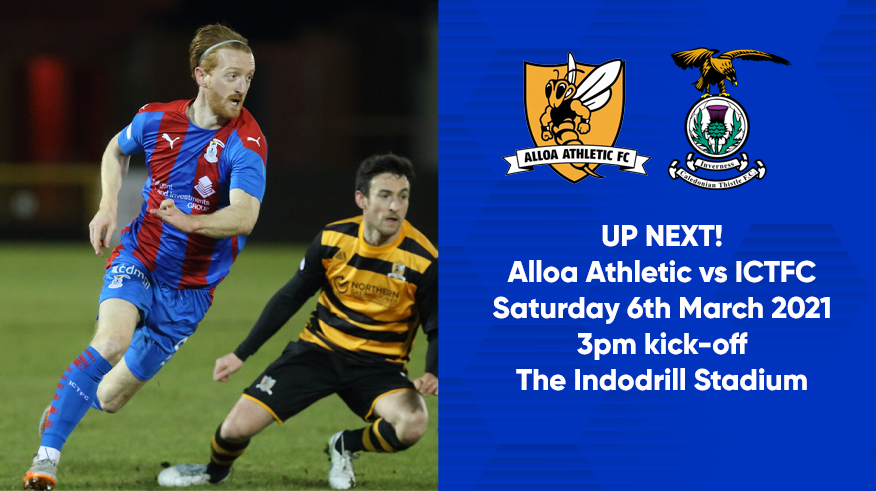 PPV – £12 – Login at tv.alloaathletic.co.uk on the left and purchase through Paypal.

“They’ve got good players at Alloa, I know at lot of them having worked at Dunfermline for a while and from keeping an eye on different leagues.”

“They’ve got a good squad, under Peter they try to play football, they are hard to beat especially if they get their noses in front.”

“We got ourselves in front last Tuesday with a really good short period in the game then we had the opportunity to go further ahead but didn’t take it and suffered an equaliser.”

“We know it is going to be tough down on the astro pitch, which is another aspect, but we’ve trained on it today [Thursday] and maybe tomorrow [Friday] and we’ll go from there and hopefully approach the match in the right way.”

Neil McCann said: “Roddy MacGregor took a real heavy challenge from Kingsley against Hearts. It took a lot of swelling a bruising and that’s why I had to take him off against Hearts as you could see he felt the effects of it.”

“So its swollen up and I’m not sure he’ll make the weekend to be honest. The medical team are working on him but I think it might come too soon.”

“Anthony McDonald has had some surgery and it has been successful so we don’t want to put any time periods on him. He look forward to seeing him back whenever he is ready.”

“Aaron Doran is back with the group doing some training. The weekend has come too soon for him but he’ll step up his training and hopefully join in with the group next week. It’s important we don’t rush him but he’s an important player for the club and the the sooner we have him back the better for the group.”