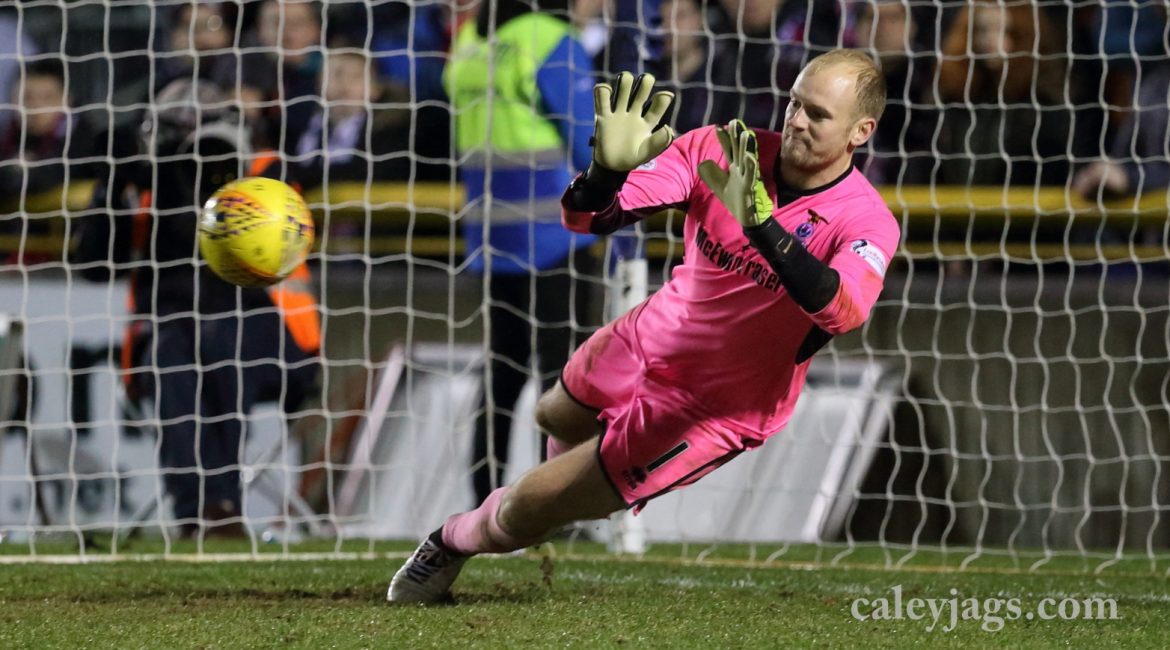 Inverness Caledonian Thistle are delighted to announce that goalkeeper Mark Ridgers has signed a new two year extension with the club, taking his current deal until the summer of 2021/22.

Ridgers has been the Caley Thistle first choice goalkeeper since he signed for the club in 2017, he has made 85 appearances, with him keeping 32 clean sheets.

Ridgers said: “It was a no-brainer for me to sign the new deal, since I came to the club and came back to the city, my wife and I have settled down and we’re happy. In footballing terms, I’m enjoying my football again, for everything to work out the way it has, it’s been fantastic.”

“It’s a club now, from my point of view, where the aim is still to get promoted and that’s something I want to do while I’m here. For the future, it’s something I had to look at and I had no issues in wanting to leave the club. I love the club, in terms of the people at the club, the city and everything.”

“I’m really happy to get everything sorted out, I was more than happy to sign when I spoke to the manager. I still believe there’s lots of things to do at the club and I want to be apart of that.”

“Being here and playing week in and week out, I’ve taken to the fans too. They appreciate the things I do for them and they’ve been brilliant with me. I think that’s been key, once you get a good relationship the people on and off the field with the people involved, it makes it a very easy decision.”

“Once the manager approached me about signing a new contract, I spoke to my wife and made sure everything was alright with her and after that it was a no-brainer.”

John Robertson said: “He’s a local boy but he has been absolutely magnificent for us for the last year and half since he got his place. We’re delighted, we sat down and talked about what we want for the future, we told him how big a part he is.”

He continued: “We’re deep in discussions with other players too but Mark is the first one to commit and sign a two year extension to what he has left. We’re delighted to have him here for the next three years.”